The letter which has been circulating online, tells people they ‘may not have a holiday home to return to‘ if they don’t leave after the crisis.

It’s believed the A4 pages which tell people to ‘F*ck off’ out of Kilkee were displayed in different locations at the resort town.

Gardaí say no official complaint has been made, and that they are not investigating this as a breach of new regulations, but under “normal” offence.

It follows concern in coastal areas of Clare about a spike in the number’s coming outside of the county, to their holiday homes for the Easter weekend ahead.

This of course will breach of the government advice to stay within two kilometres (2km) of your primary residence, which is now punishable by the Gardaí by €2,500 or a six-month jail sentence. 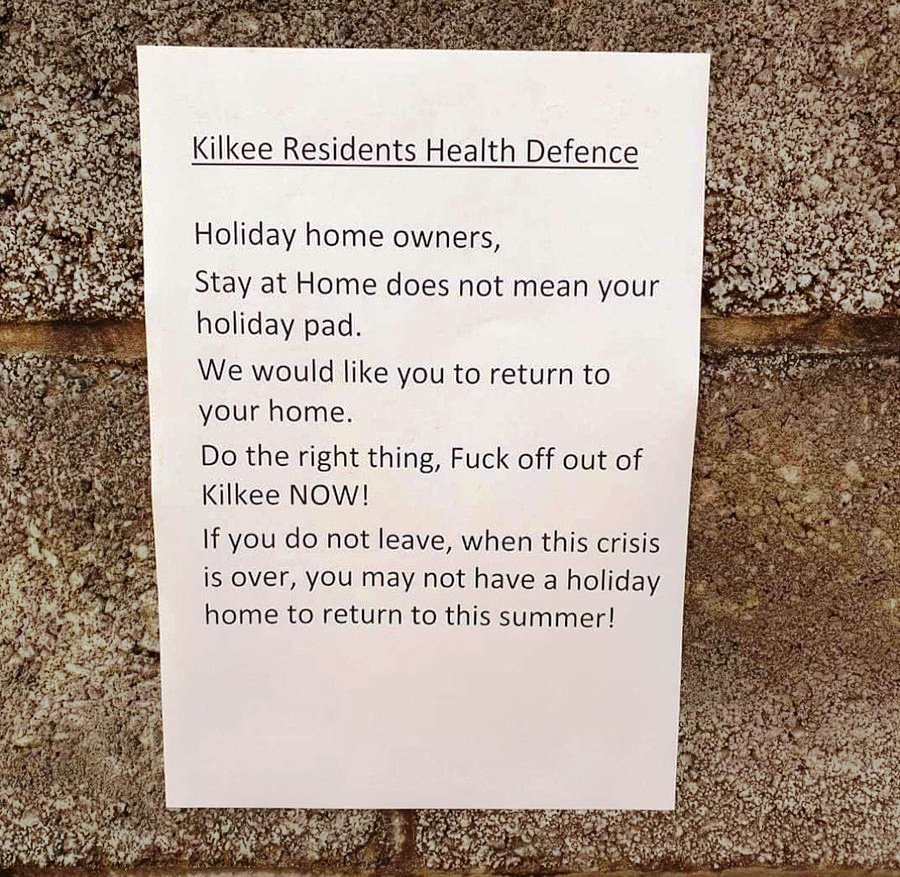