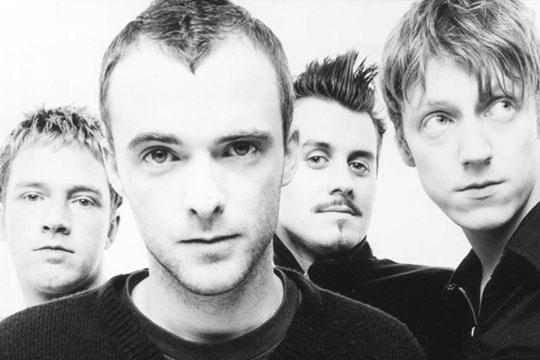 Travis are back and preparing for their intimate show at Dublin’s Olympia Theatre in December, where they will be giving a special performance of their iconic pop-rock album, ‘The Man Who’. Here at Nova Towers, we love Travis so we’ve put together a list of ten great songs from the Brit-pop Glaswegians.

With the announcement of their upcoming gig on the 9th of December, what better time to celebrate and comprise a list of the hugely successful band’s greatest hits?

Written by Fran Healy, ‘Side’ was the second single released from Travis’s third album, ‘The Invisible Band’. The song featured in the charts for 15 weeks, peaking at number 19.

‘As You Are’ featured on the Scottish rock band’s third studio album, ‘The Man Who’. The song is widely recognised for its’ haunting vocals and impressive guitar solo.

‘Writing to Reach You’ was the first single released from Travis’s third studio album, ‘The Man Who’. The song unpacked issues surrounding love and heartbreak.

The critically acclaimed ‘More Than Us’ is widely recognised as the first song that catapulted Travis in to the mainstream, reaching the UK Singles Chart in 1998.

Written by Fran Healy, the song is distinctive for its’ melancholic style.

‘Turn’ was the fourth single released from the band’s second studio album, ‘The Man Who’. ‘Turn’ is famous for its’ uplifting, empowering sound.

‘Closer’ featured on the band’s fifth studio album, ‘The Boy with No Name’, and did exceedingly well in the UK Singles Chart in 2007, peaking at number 10.

‘Sing’ reached the top ten charts in several countries in Europe and Latin America and is considered to be one of the band’s most iconic tracks.

‘Why Does It Always Rain on Me?’ proved to be the band’s most successful track. The song was nominated for Best British Single for the Brit Awards in 1999, and was ranked as one of the top 100 songs of the 1990s by Absolute Radio.

Don’t miss Travis’s stellar gig at the Olympia Theatre on the 9th of December. In fact, we’ll see you there 🙂