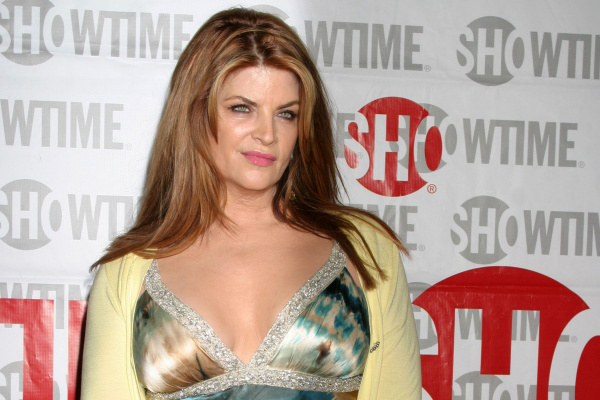 Tributes have been paid to the late actress Kirstie Alley who has died at the age of 71.

Kirstie Alley was known for her role as Rebecca Howe in the 1980s NBC sitcom Cheers, alongside womanising bar owner Sam Malone, who was played by Ted Danson in a show which also featured Rhea Perlman and Kelsey Grammer.

The news of her death was confirmed by her family, who revealed that Alley passed away following a brief battle with cancer.

Paying tribute to his co-star, Ted Danson released this statement.

“I was on a plane today and did something I rarely do. I watched an old episode of Cheers”, Danson said. “It was the episode where Tom Berenger proposes to Kirstie, who keeps saying no, even though she desperately wants to say yes”.

“Kirstie was truly brilliant in it. Her ability to play a woman on the verge of a nervous breakdown was both moving and hysterically funny”.

Danson also added, “She made me laugh 30 years ago when she shot that scene, and she made me laugh today just as hard. As I got off the plane, I heard that Kirstie had died”.

“I am so sad and so grateful for all the times she made me laugh. I send my love to her children. As they well know, their mother had a heart of gold. I will miss her”.

Rhea Perlman starred as head-waitress Carla Totelli, alongside Kirstie Alley in Cheers, and said that she would miss her “very very much”.

“Kirstie was a unique and wonderful person and friend. Her joy of being was boundless”, Perlman said. “We became friends almost instantly when she joined the cast of Cheers. She loved kids and my kids loved her too”.

“We had sleepovers at her house, with treasure hunts that she created. She had massive Halloween and Easter parties, and invited the entire crew of the show, and their families. She wanted everyone to feel included.

Perlman also added that “She loved her children deeply”.

“I’ve never met anyone remotely like her. I feel so thankful to have known her. I’m going to miss her very, very much”.

Kelsey Grammer also added, “I always believed grief for a public figure is a private matter, but I will say I loved her”.

Travolta who starred alongside Alley in the Look Who’s Talking films, said that her connection to Alley was “one of the most special relationships I’ve ever had”.

Kirstie Alley was a delightful actress I had the pleasure to work with on VILLAGE OF THE DAMNED. She will be missed.

Channel 4 Is Under Fire For Calling ‘January Vegans’ AssWipes…