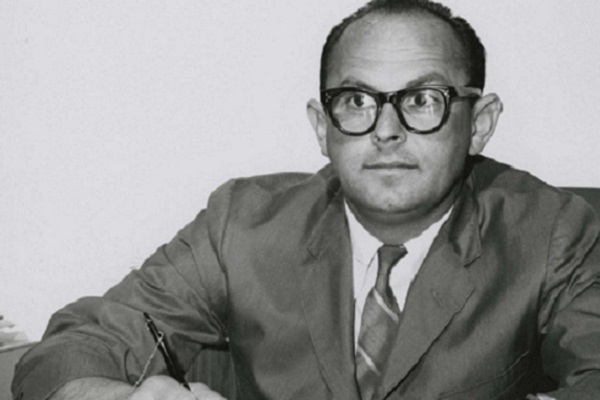 Tributes have been paid after former top executive at Warner-Reprise Records Mo Ostin, who died at the age of 95.

Ostin had started his career as a controller at Verve Records during the 1950s. However, he was hired by music legend Frank Sinatra to manage Reprise Records in 1960.

Having be bought out by Warner Bros three years later, Ostin became a top executive of the company, which subsequently signed the likes of the Kinks, and Jimi Hendrix to the label in the 60s.

After becoming president in 1970, Ostin also took on the role of CEO/Chairman of the comany two years later, a role he continued to serve, until his departure in 1994.

He also joined Dreamworks Records in 1995, staying their for a decade. However in 2006, Ostin would return as a consultant at Warner Bros in 2006.

“a tireless champion of creative freedom”

“Mo was one of the greatest record men of all time, and a prime architect of the modern music business. For Mo, it was always first and foremost about helping artists realize their vision”, they said.

“One of the pivotal figures in the evolution of Warner Music Group, in the 1960s Mo ushered Warner/Reprise Records into a golden era of revolutionary, culture-shifting artistry. Over his next three decades at the label, he remained a tireless champion of creative freedom, both for the talent he nurtured and the people who worked for him”.

They also added, “Mo lived an extraordinary life doing what he loved, and he will be deeply missed throughout the industry he helped create, and by the countless artists and colleagues whom he inspired to be their best selves”.

“greatest person I ever met”

So many figures from the industry have paid tribute to Ostin, including Warner Bros CEO Max Louisda.

“Warner Music Group and Warner Records wouldn’t exist without his passion, vision, and intelligence. He not only helped build one of the world’s greatest music companies, but he inspired a culture driven by bravery and ingenuity”.

“Mo saw artists for who they really were and gave them the space and support to fully realize their originality”.

Red Hot Chili Peppers’ Flea also hailed Ostin as “the greatest person I ever met in the music business”.

Mo Ostin deeply inspired Tom as chairman of Warner Brothers Music division and was responsible for the creation of Wildflowers and the Traveling Wilburys, among many other seminal musical endeavors. God bless Mo. One of the truly good ones. Our thoughts are with his family today. pic.twitter.com/SaLYtYQWY3

We are deeply saddened to hear of the passing of legendary music executive Mo Ostin. 🖤 His lasting impact on the music industry will continue to be felt for generations to come. pic.twitter.com/edebvE0PLN