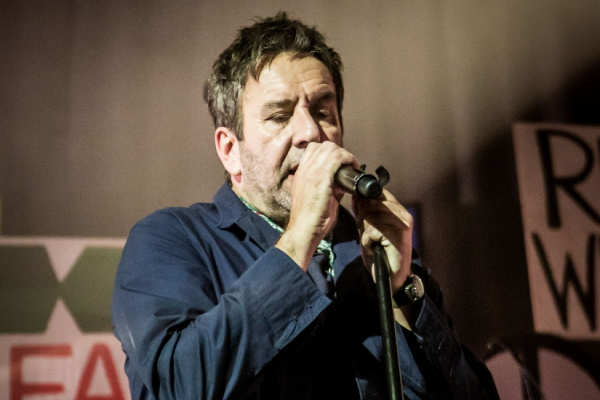 Following his death, tributes have been paid to the late Specials frontman Terry Hall. He died following a short illness aged 63.

Not long after he joined the band, Hall played a key role in the Specials’ releasing their first top 10 hit ‘Gangsters’.

“Terry was a wonderful husband and father and one of the kindest, funniest, and most genuine of souls. His music and his performances encapsulated the very essence of life… the joy, the pain, the humour, the fight for justice, but mostly the love”, the Specials wrote.

Paying tribute to Hall, Neville Staple who was a bandmate of the singer’s with the Specials wrote this. See it in full here.

“This has hit me hard,” Staple wrote on Twitter, adding: “We knew Terry had been unwell but didn’t realise how serious until recently. We had only just confirmed some 2023 joint music agreements together”.

“In the music World, people have many ups and downs, but I will hang onto the great memories of Terry and I, making history fronting The Specials and Fun Boy three together. Rest easy Terry Hall”.

The Go-Go’s co founder Jane Wieldin who also co wrote the track Our Lips Are Sealed alongside the Specials’s singer also joined Staple in paying homage to the late singer.

“Gutted to hear of the passing of #terryhall. He was a lovely, sensitive, talented and unique person”, she said. “Our extremely brief romance resulted in the song Our Lips Are Sealed, which will forever tie us together in music history. Terrible news to hear this”.

Gutted to hear of the passing of #terryhall. He was a lovely, sensitive, talented and unique person. Our extremely brief romance resulted in the song Our Lips Are Sealed, which will forever tie us together in music history. Terrible news to hear this. 😢 pic.twitter.com/Fxxqr0p01T

Check these messages out for yourselves below.

Sad to receive the news of Terry Hall’s passing last night from Lynval Golding. Terry’s voice was the perfect instrument for the true and necessary songs on “The Specials”. That honesty is heard in so many of his songs in joy and sorrow. My condolences to his family and friends.

The Specials were a celebration of how British culture was envigorated by Caribbean immigration but the onstage demenour of their lead singer was a reminder that they were in the serious business of challenging our perception of who we were in the late 1970s. RIP Terry Hall pic.twitter.com/PVwbXyXubq

God damnit. Just heard the news about Terry Hall. What an absolute sadness. The Specials were one of the most important bands for me as a kid. Taught me many things I needed to know. Gutted. RIP.