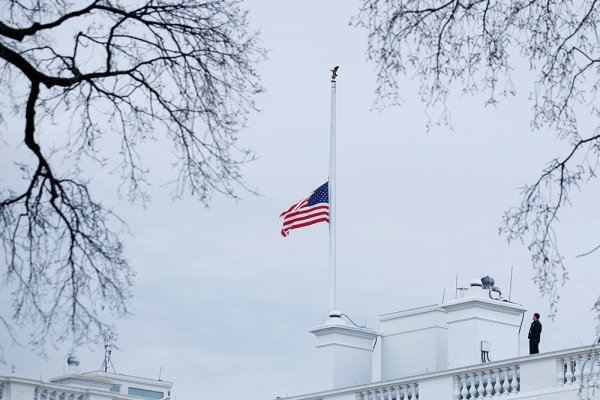 US flags are to be flown at half-mast to honour the victims of a shooting at a Florida school on Wednesday that claimed seventeen lives on Wednesday.

President Donald Trump made the order for both US federal government properties domestically and abroad as a: “mark of solemn respect for the victims of the terrible act of violence.”

Authorities have today charged 19-year-old, Nikolas Cruz, with all 17 counts of premeditated murder over yet another horrific U.S. high school mass shooting.

Meanwhile to bemusement and much anger, President Trump had earlier tweeted today that there were ‘so many signs’ that the [alleged] Florida shooter was mentally disturbed, even expelled from school for bad and erratic behaviour.

So many signs that the Florida shooter was mentally disturbed, even expelled from school for bad and erratic behavior. Neighbors and classmates knew he was a big problem. Must always report such instances to authorities, again and again!

Questions did emerge over whether police and local authorities failed to act upon warning signals about Cruz who unloaded on people with an AR-15 assault rifle. Former classmates of the 19-year-old described him as weird and a loner, and said everyone predicted he would do something.

Trump made no reference to guns or the AR-15 believed to have been used in the attack. The president is scheduled to address the nation about the shooting at 11.00 am (US) the White House announced.

Trump was labelled a ‘piece of s***’ by a girl believed to be a student at the Florida school following his tweet to the tragedy, by ‘Sarah’, who urged him to ‘do something’ instead of sending prayers.

Her message picked up over 200,000 ‘favourites’ on Twitter and sparked a fierce debate from other users about the state of America’s gun control laws.