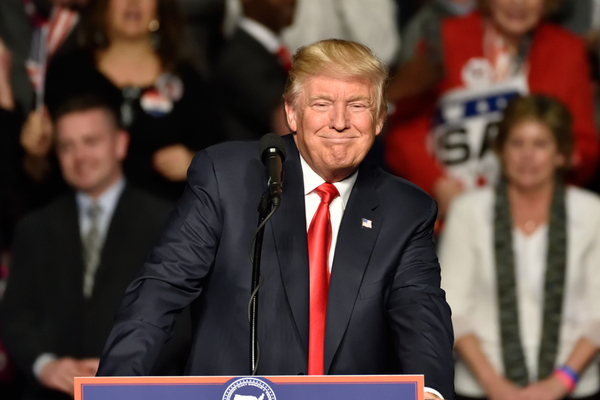 Arriving on Apple’s App store on Monday, Truth Social would not allow users to enter the app and were instead immediately added to a waitlist “due to massive demand.” A message followed stating “You’re not just another number to us”, before assigning users with a waiting number. However, it remains unclear just how long exactly users will remain on the waiting list.

According to a report by BBC, Truth Social had been previously made available to about 500 beta testers. Last week, congressional representatives like Madison Cawthorn, and Marjorie Taylor Greene were able to use the app and report bugs. Described as having a striking resemblance to Twitter, the app shares “truths” instead of tweets, and “retruths” instead of retweets.

The app has been introduced over the past year as a “rival to the liberal media consortium” that plans to take back from ‘big tech’ companies in Silicon Valley, “which have used their unilateral power to silence opposing voices in America.” However, Truth Social terms state that users must “agree not to disparage, tarnish, or otherwise harm, in our opinion, us and/or the site.”

Trump became banned from Twitter last year, following the fiasco of January 6th, when Trump had been viewed as inciting riots which stormed the Capitol Building. The former president shouted to his followers, “walk down to the Capitol. You will never take back our country with weakness” (as per NME).

Meanwhile, the former president recently performed his debut DJ set for guests at his Mar-A-Lago resort. According to New York Times journalist, Maggie Haberman, members of the club had received a notice, detailing two dinner events. “Great music will be played during dinner on Friday and Saturday evenings, with President Trump playing the role of disc jockey,” the memo read.

This press release reporters are getting is legit – confirmed to me by sources close to former President Trump. He is launching a media company with a social media platform called “TRUTH Social”. pic.twitter.com/b417jq6Xkd