U.S. President Donald Trump doesn’t want Americans to see anything that could harm him or his divisive narrative, and the impending release of a book from a prominent former staffer in the White House now has him scrambling in a futile bid to stop its release.

Former national security adviser John Bolton’s behind-the-scenes account pf the Trump administration is expected to portray Trump, as most of the world does – in very poor light.

Trump was impeached over an apparent abuse of power in Ukraine and clashed with Bolton over foreign policy issues on a regular basis. To do that means a firing and Bolton’s joined the many dozens who’ve been fired because they aren’t a Trump yes-man.

Bolton is likely to rubbish Trump’s own personal prefered image as a strong, dominant global leader with growing media speculation he could unleash more controversies over his slovenly behaviour in office.

A surge in coronavirus cases meanwhile is tarnishing the President’s narrative of the “Great American Comeback” and the economic openings that may be key to his hopes of a second term.

As Covid-19 ravages the US there are daily record numbers being released every day in Florida, Arizona, South Carolina and Texas where restrictions were lifted, all seeming to contradict Trump’s claim that it’s safe to go back to normal.

The US administration on Tuesday sued Bolton for breach of contract in a very unorthodox move in an aggressive effort to halt publication of The Room Where it Happened.

Trump has claimed falsely that all of his conversations with the former national security adviser are classified. Bolton’s lawyers contend that he has done all that is required in submitting the work to the National Security Council for a review.

The White House claims that Bolton, who has been handling American secrets for most of his adult life as a senior national security official, has written a book “rife with classified” material seem highly dubious.

This led to speculation in Washington that there will be highly damaging information in the book about Trump, harming further his already brittle public image ahead of the election.

The book has already shipped to warehouses ahead of its scheduled release next week, and Bolton has taped an interview with ABC scheduled to air Sunday.

Stinky Cabbies, Stained Seats And No PPE Form Basis Of Complaints Against Taxis 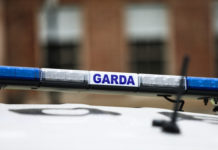 Man In Critical Care After Assault In Kildare