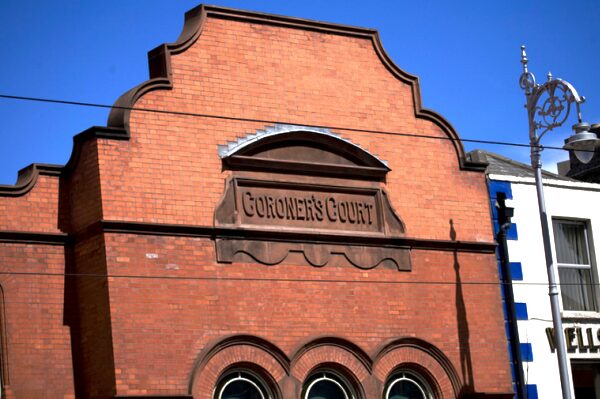 Today saw the inquest into the deaths of three Irish people who were killed in the 2015 Tunisia terror attack commence.

Irish holiday-makers barricaded the door of their hotel room during the attack as a gunman prowled outside, the inquest heard.

Raymond Hegarty and his family ran from the pool area as a man approached from the beach firing a kalashnikov rifle.

Three Irish tourists were killed in the attack that claimed 38 lives at Port El Kantaoui, in Sousse, Tunisia on June 26, 2015.

56-year-old Laurence and Martina Hayes who was 55 from Athlone, Co. Westmeath and Lorna Carty (54) from Co. Meath were shot dead in the attack.

The Hayes’ had gone there to celebrate a wedding anniversary while Lorna had gone with her husband Declan who was recovering from a heart attack.

Those present at Dublin Coroner’s Court heard from several tourists who stayed at the Imperial Marhaba Hotel when the attack took place.

Lorna had gone down to the beach while her husband Declan was still in bed. He described hearing what sounded like ‘fireworks going off’ but soon realised it was gunfire.

He looked out to see people screaming and running in all directions. He tried to ring his wife but couldn’t get through.

A staff member wouldn’t let him get into the lift to go downstairs so Declan and around eight people went into his hotel room for safety.

Declan said ‘I didn’t know if there was one gunman or ten. I thought I was going to die’.

When the gunfire stopped, he left the hotel and went outside where he saw bodies covered with towels. He found his wife body on a sunbed with a gunshot wound to her chest.

Raymond Hegarty was staying with his family on a room on the third floor. He said they were “having the perfect week”.

However, he said he noticed the lack of security at the hotel. He was at the pool with his wife and two daughters when he heard shooting around 12.05pm.

”I had never heard gunfire but I knew there was something wrong. It was like sixth sense kicked in,’ he said.

Mr Hegarty said: ”I remember hearing the whizz of bullets and the thud of them hitting something.

“I heard an explosion and this seemed closer and more intense,” he said. Inside their hotel room, the family locked the door and pushed the bed up against it.

“We rushed in and barricaded the door. I took the mirror off the wall and we lay on the floor. We gathered our passports and money. We kept quiet. The gunman was still outside,” he said.

Later, towards the end of the 30-minute attack, he looked out the window and saw a body at the front of the hotel, Mr Hegarty told the court.

The inquest heard evidence from Mr and Mrs Hayes’ only daughter Sinead Hayes and from Declan Carty, who’s wife Lorna was shot dead on the beach, along with a number of tourists on holiday in the Tunisian resort at the time of the attack.