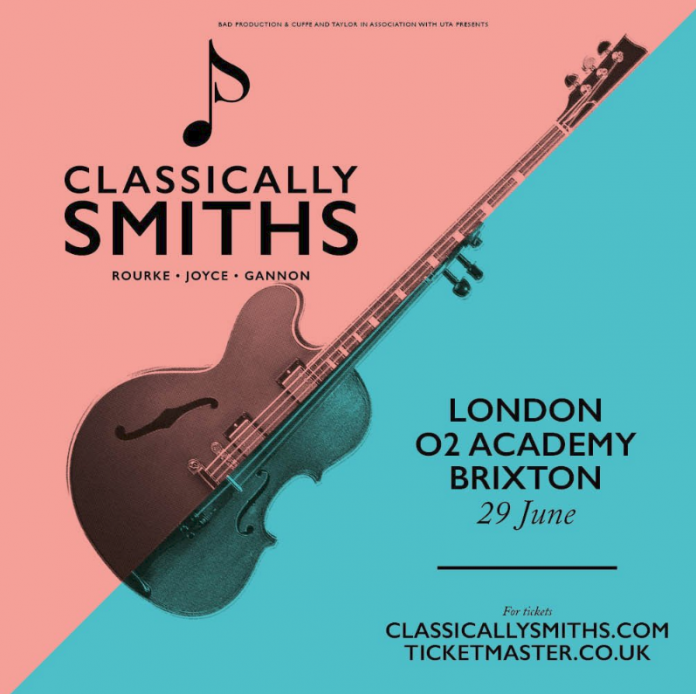 The rumours started when it appeared that one member of the band posted a teaser on his Facebook page. The teaser apparently revealed that the former members of the band, drummer Mike Joyce, bassist Andy Rourke and guitarist Craig Gannon would reunite to showcase a classical version of The Smiths music, along with the Manchester Camerata Orchestra.

The first clues that the reunion might not go ahead appeared with an announcement from Rourke, saying that he was publicly distancing himself from the shows, also claiming that he was never involved in the first place.

‘In response to recent comments in the press, the planned Classically Smiths events will now, no longer be taking place’, a statement from producers Bad Production Ltd confirmed.

Rourke said the following yesterday: ‘I am deeply saddened that during the week of the death of my dear friend Dolores O’Riordan, that false statements are made on my behalf.  At no time did I give my consent for anyone in connection with this Classically Smiths project to act on my behalf or my name and nothing was ever confirmed, approved or contracted by me or my team.’

Even the O2 Brixton tweeted this about the gig on Monday:

NEW SHOW
Classically Smiths 29/6/18
Three members of The Smiths are to reunite on stage for the first time in 30 years!#O2Priority on sale Weds at 9am
General sale on Fri at 9am via @TicketmasterUK pic.twitter.com/WTwOSoQ9cS

Following Rourke’s announcement, other members of the band dropped out of the reunion, with it’s complete cancellation then announced.

The whole thing is very weird to say the least… We can’t really understand how Rourke’s name was used when it allegedly wasn’t confirmed at all. More updates as we get them!

The Killers Release Teaser Ahead Of Upcoming Album Release

U2 Talks With Jimmy Kimmel About Springsteen Advice