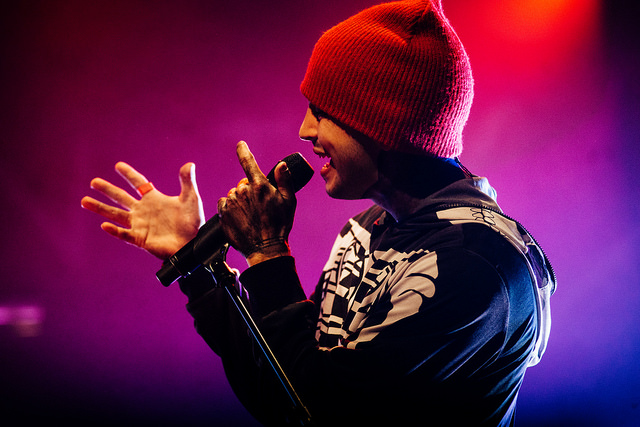 Twenty One Pilots were forced to abandon their gig in Moscow following an alleged bomb threat.

The musical duo, who had sold out the Sokol Music Hall, were performing in the Russian capital for the first time when their set was cut short following orders by police.

In a now deleted tweet, the group said, “Moscow, that was such an amazing show. The police cut our set a couple songs short because of a bomb threat. We are safe. You be safe”, reports the New York Daily News.

Periscope footage of the gig suddenly cut out which confused their international fans.

One half of the group, Tyler Joseph, then posted another message to Twitter with no mention of a bomb threat.

Josh and I can't believe we get to play our music in Russia.
So proud.
Moscow was amazing.
St. Petersburg tomorrow.

No information has been released to confirm how the threats were found.

Other reports have begun to speculate whether the threats were genuine.

Twenty One Pilots are currently on the European leg of their tour which began yesterday(October 24th) in Helsinki, Finland and ends in Paris Le Zenith on November 17th.