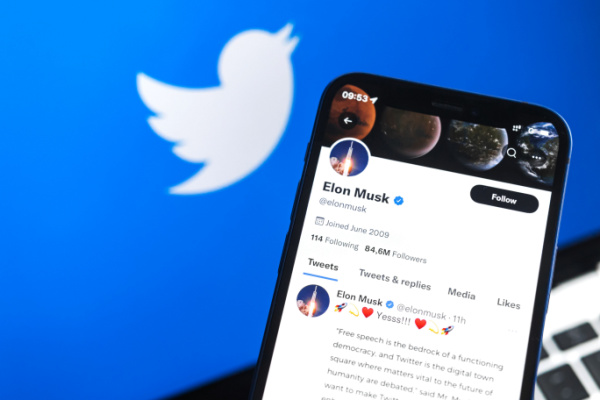 Elon Musk looks set to quit Twitter, should the CEO abide by his recent poll asking users for their verdict on his tenure.

Users will be undoubtedly keen to find out of the CEO will walk the walk, having set up the opinion poll just after 11pm UK time last night.

Following the poll’s conclusion, 57.5% voted for Musk to step down as CEO.  “As the saying goes, be careful what you wish, as you might get it”, Musk added.

Should I step down as head of Twitter? I will abide by the results of this poll.

Having purchased the platform in October, it is fair to say that the tenure as been a turbulent one for Musk, with a noticeable rise in hate speeches reported on the site.

One such problem has been Kanye West, with the rapper being removed from several social media sites, as well as household names including Adidas cutting ties with him.

News of this poll comes just after Musk had also declared war on those who intend on promoting other social media sites on Twitter.

The CEO issued a ban on users posting links to their other social media accounts. Such accounts include Facebook, Instagram, right throught to Donald Trump’s Truth Social.

“No one wants the job who can actually keep Twitter alive. There is no successor”, the CEO added.

It remains unclear if Musk will hand over the day to day running of the site or not.

It has also emerged that over 80% of users also voted Yes to an opinion poll put forward by rapper Snoop Dogg, who asked if he should deputise in Musk’s place.