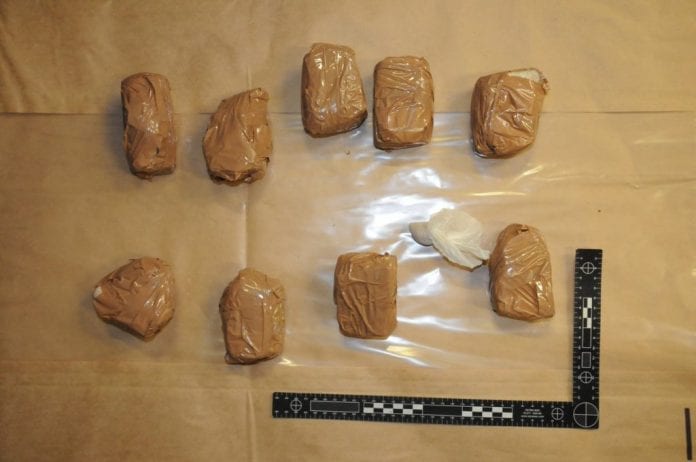 Two Dublin men charged in connection with the seizure of over €6M worth of drugs in Co. Meath have been refused bail.

Michael Smullen from Ashdale Close in Kinsealy and Keith Donoghue from Swift Grove in Clonshaugh appeared in court this morning.

On Wednesday afternoon, armed Gardaí moved in on a lock-up in Muckerstown, Co. Meath, where they found 311 kilos of cannabis with a street value of €6.3M inside.

This morning, Detective Garda William Armstrong told Judge Cormac Dunne it was his belief the men were preparing the drugs for further distribution.

Garda Donal Donoghue said it would also be alleged that Mr. Donoghue was in possession of a ‘tick list’. Such a list contains names and numbers and details of what drugs are to go where, he explained.

Judge Dunne accepted the men were entitled to a presumption of innocence but refused their applications for bail this morning and remanded both in custody for a week.