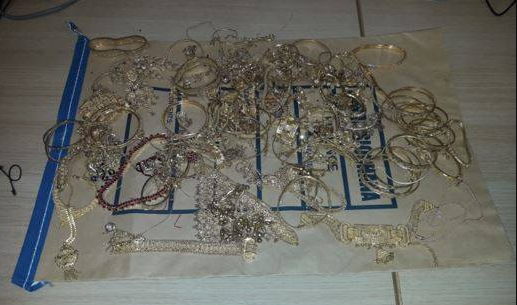 Two people are due in court this morning following the seizure of jewellery worth €100K.

A man and a woman were arrested in Dublin yesterday by Gardaí as part of Operation Thor – which targets travelling criminal gangs responsible for spates of burglaries.

Officers say a number of high powered cars have been intercepted in recent weeks as part of the winter phase of the sting.

Yesterday two suspects were picked up on suspicion of handling jewellery worth around €100K stolen during burglaries.

Gardaí attached to the Garda National Drugs and Organised Crime Bureau targeting particular organised crime groups arrested a female aged 30 with a UK address and a male aged 23 with a Dublin address on suspicion of handling property suspected to be stolen.

Both are due before Tallaght District Court this morning at 10.30am charged in connection with the seizure.