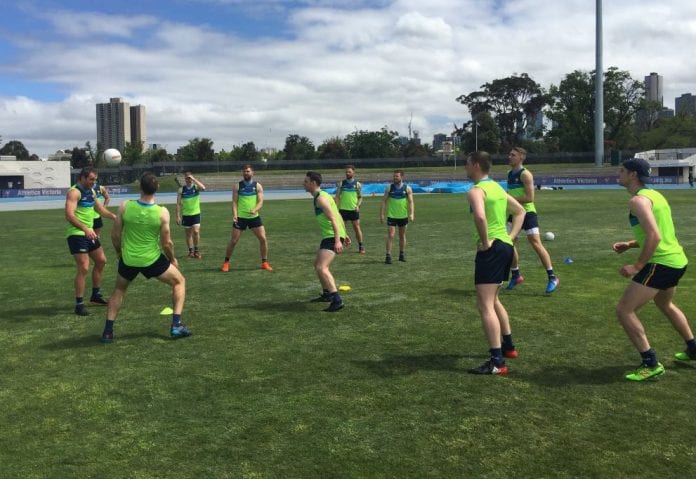 Joe Kernan’s International Rules squad may be without two key players due to injury concerns.

The Ireland team who travelled Down Under, have concerns over Clare midfielder, Gary Brennan and Kerry’s talisman, Paul Geaney.

Brennan, has not formed part of training since the squad arrived in Melbourne on Monday, as he is suffering with a leg injury.

#GAA Snap of the Day! Ireland's International Rules squad warm up ahead of training today! Can you guess where in Australia the squad are? pic.twitter.com/Vkok6UVsvk

However, he is expected to be fit in time to face off with Australia in Adelaide this coming Sunday, and it remains to be seen if the midfielder will be included in the line-up.

On the other hand, Geaney had been training with the panel until he had to make an early exit yesterday due to a thigh injury.

And on we go to training day number two. Getting the eye – and foot – in! Countdown to game one in Adelaide is now on. #irs2017 pic.twitter.com/N3rfJtPOKa

According to the Irish Examiner, the two-time All Star award winner is deemed to have sat out training for precautionary measures, nonetheless, Kernan will be hoping he can call on the Kerry man for the first test.

Kernan and the Irish team are due to fly to Adelaide on Thursday ahead of the first test game on Sunday, while the Australian side are set to name their team captain for the series.