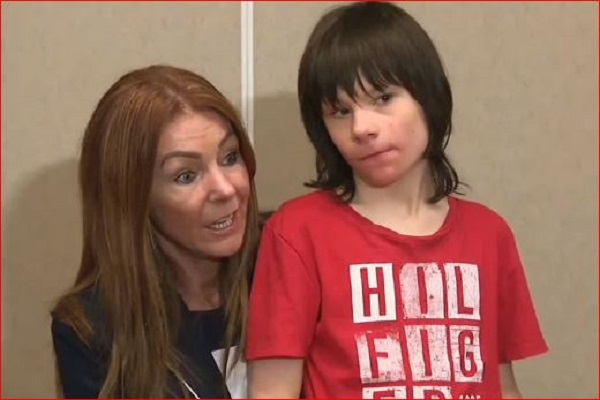 The family of a 12 year old County Tyrone boy with epilepsy, whose cannabis oil was confiscated by the British Home Office, say the drug is being returned.

It’s after Billy Caldwell had a series of what his mum says were ‘life threatening’ seizures, including two overnight. It’s understood the oil’s being sent to his London hospital.

Charlotte Caldwell had arrived in Heathrow yesterday morning and declared to customs that she was in possession of cannabis oil. The oil had been prescribed to 12-year-old Billy by doctors in Canada.

Ms Caldwell had been hoping to be allowed to complete her journey home with the medication, but after the six-month supply of cannabis oil was seized, she said she would return to Canada to get more.

Speaking to reporters at the Chester and Westminster Hospital where Billy is being treated, Charlotte said, ‘No other family should have to go through this sort of ordeal, travelling halfway across the world to get medicine which should be freely available to our children.’