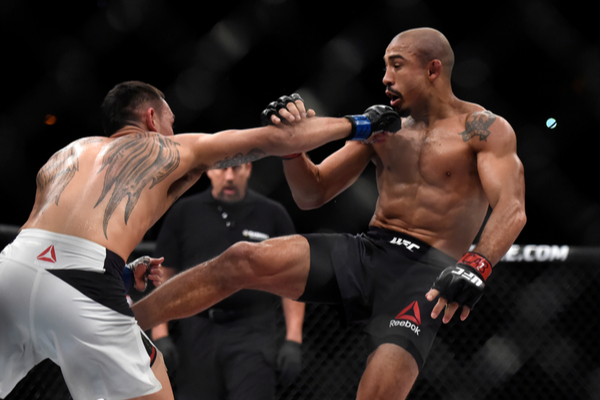 Andrea Iervolino, Italian film producer and entrepreneur has revealed his plans to create a ‘Galactic Combat’ series, possibly due as early as next year. The Hollywood producer’s company, Space 11 is dedicated to creating products based in space and sees a gap for UFC.

With the help of Elon Musk’s SpaceX and former UFC veteran John Lewis, Space 11 will first be tackling the reality TV show. Galactic Combat will have 40 MMA fighters, from around the globe, training and preparing to do battle in zero-gravity.

The show would enlist 40 MMA fighters and put them through a rigorous training regime, producing the top eight contestants. The entrants list of 40 will be whittled down to eight fighters, who will be sent by rocket ship to the final fight. The intention will be for the ship to orbit the Earth for 90 minutes to make a full trip around the planet. It is then when fighters will face off in a tournament of Zero-G fights during the 90-minute circulation of the globe.

“This is not just a show. This is a new sport – a new sport competition in outer space,” Iervolino told Fast Company. “If you take UFC, it has a huge fan base. My goal with this new format is, I don’t want to lose UFC fans – we need to embrace all of them. The whole MMA world. But the goal with Zero-G fighting is to make the concept much wider.”

The first season of Galactic Combat is set to consist of 12-episodes and is penned to be completed for airing in 2023. However, according to Iervolino, the ultimate fighting championship space fights could be ready as early as next year. Iervolino, 33, has enlisted former UFC fighter John Lewis to help promote the series.

Iervolino told Fast Company, “when people try to punch you in zero gravity… I don’t know if you’ve seen the video of a baby pushing a person [in zero gravity] and the person goes to the other side of the room? It’s a totally different way to punch someone. It’s a very different type of training.”

A new extra-terrestrial entertainment industry has been preparing for lift-off for some time now with the producer hiring astrophysicists and former SpaceX staff to help formulate the Galactic UFC idea. Elon Musk’s company is also involved in a new Tom Cruise film set to be shot entirely in space when it begins production later this year. And Iervolino claims to have as many as 50 ideas for space-based TV shows that he has “kept quiet” until now, due to his belief that the technology is finally capable of such a venture. Iervolino added that the important thing is “is you need to be safe enough to be inside the rocket… You need to come back safe”.

Meanwhile, it would appear that UFC champion, Conor McGregor has agreed to buy the Marble Arch pub in Drimnagh, where he assaulted a customer. McGregor had pleaded guilty to assaulting 50 year old Des Keogh in the Marble Arch in 2019. Read more here.

Sharon Osbourne Apologises For Her ‘Panicked’ Defence Of Piers Morgan