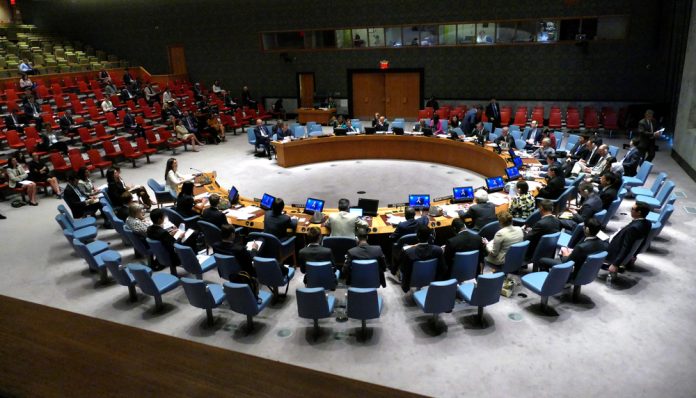 The UN Security Council will vote later on a draft ceasefire for Syria after more than 400 deaths this week.

The deal, demanding a 30-day break in fighting, doesn’t yet have the backing of Russia which has called it ‘unrealistic’.

However it may not veto the text if changes are made before the vote this afternoon. The agreement needs nine votes from the 15 Security Council members to pass and no vetoes.

Civilians in rebel-held areas of Syria are bracing themselves for more bombing by government forces today.

The figure of 400 fatalities in the attacks in Eastern Ghouta this week alone has been called an underestimate by aid workers.

As the bombing continues in Eastern Ghouta, doctors in the district described a health-care system at breaking point. Medical staff have been forced to conserve resources and leave grievously wounded patients to die. The UN has described the situation in Eastern Ghouta as ‘hell on earth’.