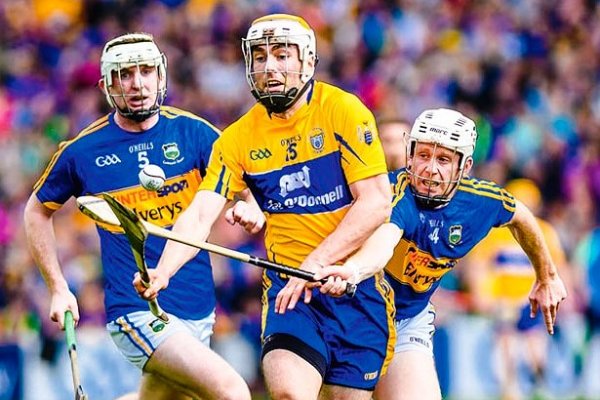 Hurling has just been inscribed on the #IntangibleHeritage List.
Congratulations #Ireland🇮🇪! 👏

Hurling has gained global recognition after being added to UNESCO‘s list of protected cultural activities. The sport has existed for at least 3,000 years with the first literary reference dating back to 1272 BC.

The game was outlawed in the 12th century due to excessive violence but flourished despite the ban. A formal set of rules were introduced following the foundation of the G.A.A. in 1884.

Hurling joins uilleann piping, Korean wrestling and the coaxing ritual for camels of Mongolia on the UNESCO list. The GAA says hurling and camogie’s special UNESCO status gives a boost to people in clubs across the country.

After a five year campaign, hurling and camogie are now both UN-protected cultural activities. UNESCO has granted the games special status as they are an “intrinsic part of Irish culture”.

Hurling and camogie join uilleann piping as the only Irish activities to be recognised on the international list. The announcement was made in Mauritius, following years of campaigning by the GAA, the Camogie Association and the State.

UNESCO says that hurling is “an intrinsic part of Irish culture” and notes that the GAA plays a central role in transmitting the skills and values associated with the game.

Hurling, along with Camogie, among the oldest and fastest field sports in the world, were chosen after a lengthy process. They join uilleann piping, which was added to the list last year.

President Michael D Higgins says it is a “global acknowledgement” of our heritage as well as the role gaelic games play in Irish society.

Dublin Has Highest Disposable Income In The Country