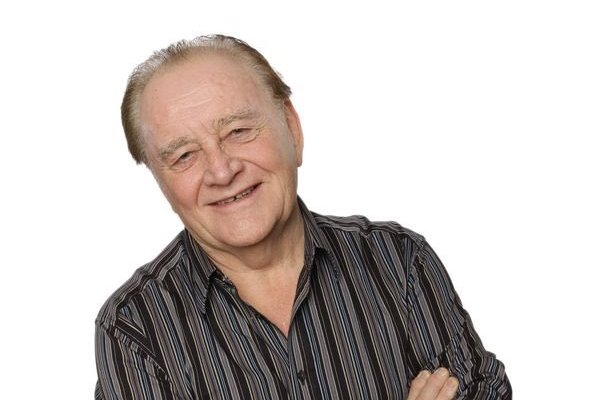 RTÉ icon Larry Gogan has been remembered as an extraordinary man who was very ordinary at his funeral mass. Mr. Gogan, who was known as the man with the golden voice and had worked at RTÉ for nearly 60 years, died in Dublin on Tuesday at the age of 85.

Today’s funeral mass heard he has now been reunited with his childhood sweetheart and wife Florrie, who died in 2002. A copy of the Star Newspaper, a packet of wine gums, photographs of his wife and grandchildren and his well-worn set of headphones were all offered as gifts to the altar.

Chief celebrant Father Brian D’Arcy said “How would you sum up Larry? You can’t. But the best I can do is this. Larry was always an extraordinary man who was very ordinary.

“His gift was the extraordinary things he could do. For he himself remained rooted in the ground.

“He was very honest, obliging, happy and easy to work with.”

Mr Gogan had been in broadcasting since the early 1960’s and was best known for his Just A Minute quiz and his radio show The Golden Hour.

Fr D’Arcy said also that Larry “loved fun. He was adored by everyone. We all knew that he was without doubt the greatest disc jockey we were ever likely to hear or see. He was a hero to everybody. He helped us all on our way.

“He was so sure of his own greatness, of his own ability that nobody was a threat to Larry, and nobody ever was. And Larry knew that too. Which is why he could help anybody. Because he knew that by helping others, he was sharing the gift that God had given him. And that’s why he did it.”

He said Irish bands and musicians owe a great deal to Mr Gogan for giving them their first play on the radio. He poignantly summed up Larry’s legacy which brought a rousing applause… “The last thing I’ll say is this. There’s only one person in the world that can think of that I never heard anyone say a bad word about. Never in my life did anyone ever say a bad word about Larry Gogan to me, and that is over a period of well over 50 years. I think that’s a great legacy of Larry Gogan.”

U2’s Larry Mullen was amongst the vast attendance and he and the members of U2 left a floral wreath with a message that read: “There is no end to grief, that is how we know there is no end to love.” Mr Gogan was the third high-profile RTÉ broadcaster to pass away recently, following the death of Gay Byrne in November and Marian Finucane last week.

Radio stations across the country honoured him by playing Friends In Time by Irish band the Golden Horde just after midday, when his funeral mass took place. Mr Gogan featured in the original music video for the song.