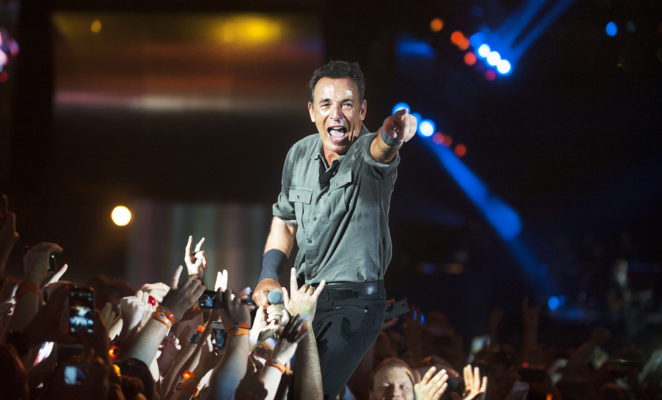 Unreleased covers by Bruce Springsteen, Tom Morello and more artists are to be released on a new compilation that honours the anniversary of the birth of an essential protest music label. The Rage Against The Machine/Audioslave axeman is to cover AC/DC for the label.

Appleseed Recordings was created by Jim Musselman 21 years ago and has delivered music by folk artists such as Pete Seeger, John Wesley Harding, and Buffy Sainte-Marie.‘Appleseed’s 21st Anniversary: Roots And Branches’ is set to be released on October 19th.

The huge set will feature covers of Pete Seeger’s ‘We Shall Overcome’ ‘If I Had A Hammer (The Hammer Song)’ performed by Springsteen and Tom Morello’s version of AC/DC‘s ‘Dirty Deeds Done Dirt Cheap’. The 57-song comp also sees covers by Donovan and new music from Jesse Winchester, John Wesley Harding, and more will also appear on the tribute.

Musselman said in a  statement, “The CDs in this 21st-anniversary set have been loosely organized by separate, but frequently overlapping themes. They match my three goals in forming Appleseed Recordings – to provide an outlet for songs of social justice, both current and past; to release newly written songs of personal experience and emotion in modern times, and to keep alive the centuries of still-vital traditional songs from our country’s and our world’s history. To learn how to move forward, we can never forget the lessons, or songs, of the past.”