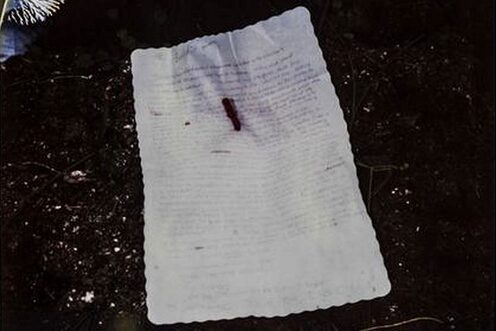 Its almost twenty years since the iconic Nirvana front man committed suicide in his home in Lake Washington Boulevard, Seattle in 1994.
His body was found on the 8th of April, but following police investigations it is believed that he committed suicide on the 5th of April. He was 27 when he died and was found by an electrician which had gone to his house to carry out some work.

It has now been revealed in the Seattle Times that there has been some undeveloped photos which were taken at the scene uncovered following a re-opened investigation into the Nirvana man’s death.
The Seattle police have now released the photos in an attempt to put to bed any conspiracy theories surrounding Kurt’s death, which some believe he actually was murdered.

The photos show various images of the scene which include one of his suicide note with a red pen stuck through the middle of it. Among the pictures are paraphernalia for taking heroin which include syringes and a spoon in a wooden box.

Queen Release Trailer For Their YouTube Series “The Greatest”