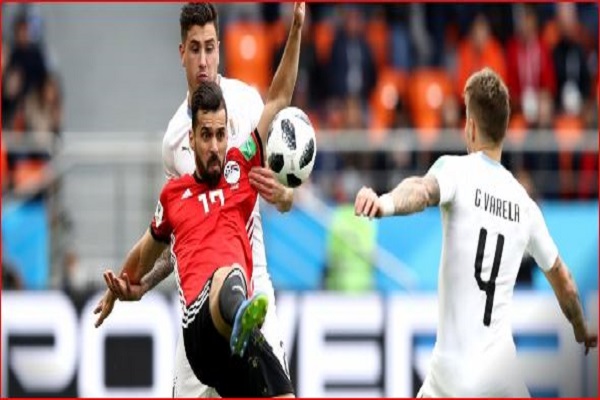 Uruguay have picked up an opening win at the World Cup in Russia. They scored a 90th minute winner against Egypt in their Group A match in Ekaterinburg with Mohamed Salah injured and only on the bench.

What a finish! #WorldCup@Uruguay leave it late, but do enough to get the win. #EGYURU 0-1 pic.twitter.com/UmKN1f6YwO

Who is going to break the deadlock? #WorldCup pic.twitter.com/bXoV5uKa7y

Next up is the Group B opener between Morocco and Iran in St Petersburg.Sochi’s Olympic Stadium is the venue for this evening’s eagerly awaited clash between Spain and Portugal.

Captain Sergio Ramos insists his Spain’s World Cup chances have not been hurt by the sacking of their manager. Fernando Hierro is in charge as Julen Lopetegui was dismissed just 48 hours ago.