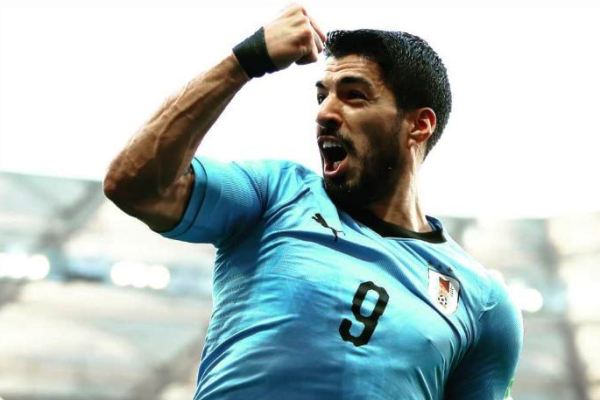 A momentous day for the centurion Luis Suárez who’s first-half goal – on his 100th international appearance – proved the difference in a totally forgettable encounter in Rostov against Saudi Arabia.

Back to back 1-0 wins for Los Albino Celeste booked their place in the last 16, but the unlucky Saudi’s who played far better than in their thrashing by Russia, cannot progress beyond the group stage.

Suárez opened the scoring from close range after 23 minutes. Saudi goalkeeper Mohammed al-Owais attempted to claim an inswinging corner but got nowhere near the ball, allowing the striker to tap home.

Saudi Arabia put up more of a fight than they had in their opening 5-0 defeat to Russia but struggled to test Fernando Muslera in the Uruguay goal.

The defeat means both they and Egypt are eliminated from the tournament after successive defeats.

Group A concludes on Monday, with Uruguay playing Russia in Samara in what amounts to a play-off for top spot – the hosts will need only a draw to ensure they progress as group winners – while Saudi Arabia face Egypt in Volgograd.

Dublin Footballers Held To A Draw By The Faithful