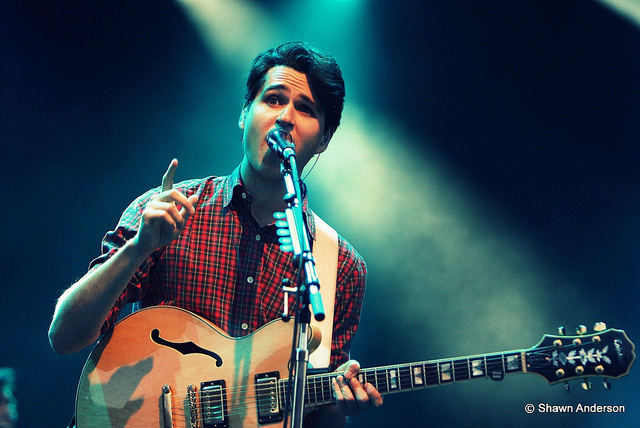 Vampire Weekend are apparently working on a new album but said that it’s still “early days”. The band’s last album was Modern Vampires Of The City which came out in 2013.

Since then members of the group have pursued collaborative projects outside of the group, most notably frontman Koenig working with Karen O and Major Lazer. Bassist Chris Baio also released a solo album in 2015 called The Names.

Speaking at the NME Awards Wednesday night, Chris Baio spoke about the band’s plans for a new album. He said “Right now I think it’s early days, I haven’t actually done any work on the next Vampire Weekend record, but I’m really looking forward to it.”

Although Baio is currently touring his solo material he said he is exicted to get back to it all “I can’t wait for the next band record” adding that “I can’t wait to tour it, but there’s still going to be a little bit of time.”

Vampire Weekend frontman Ezra Koenig also recently chimed in on the new album, saying “For now in the Vampire Weekend universe, it’s all about recording the next album. There will be a lot of familiar faces in the studio but also some fresh, new ones. Working title is ‘Mitsubishi Macchiato’… for obvious reasons.”