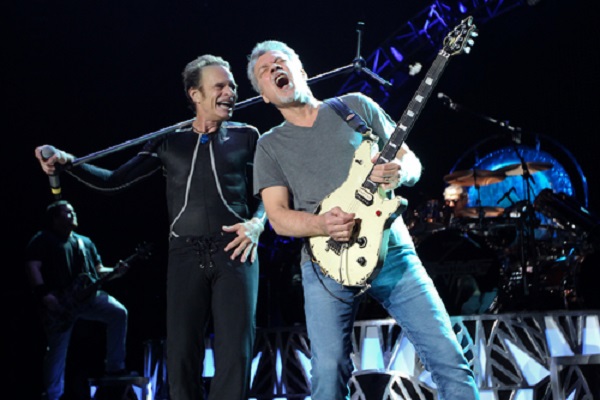 According to a new posthumous tribute, Eddie Van Halen’s studio archives include an overwhelming amount of unreleased music.

A recent Rolling Stones piece quotes a 2008 interview with Brian Hiatt and the Van Halen guitarist. In the quote, Eddie admits to recording tons of unreleased music. This resulted in “close to a million CDs, cassettes, boxes and boxes and boxes.”

The late guitarist was not planning on just forgetting about it all, which reportedly spans classical to world music.

“The stuff is gonna come out,” he said. “Hopefully people will enjoy the many sides of me. I trip on it myself.”

Van Halen’s estimate of “millions” could be an exaggeration but the musician’s prolificacy at his studio is well known. Van Halen manager Irving Azoff noted that the late rocker’s family members will scour the vaults for unheard tracks.

Azoff said “Wolf [son] and Alex [brother] will go up to 5150, the studio in Ed’s house,” noting that “there’s been a lot of recording” in the studio over the past decades.

Although, he adds that it is too early to speculate about what might be discovered.

Constructed in 1983, 5150 allowed the guitarist to work on songs at home. All of the vault’s contents were initially on a computer. Van Halen details in a 1998 MTV interview that the information is lost because of a hard drive malfunction.

“The computer took a dump on us,” he said, explaining that he hesitated to lead another cataloguing project.

“The only person that can do that is me because nobody knows what I like.”

Eddie Van Halen is to be memorialised in Pasadena. Plans are taking place there to remember the late guitarist where they played almost 50 years ago.