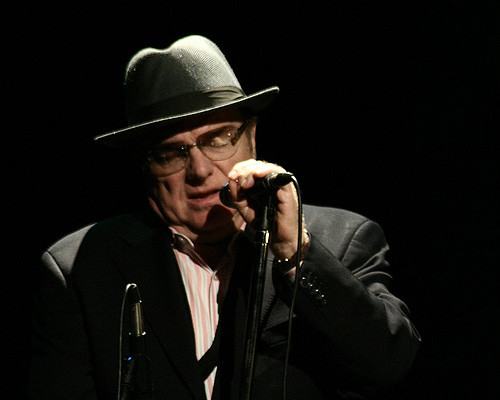 A six-week lockdown of the region has forced hospitality and entertainment venues to close their doors to the public. However, live music has not been permitted even as such venues were open during less severe restrictions.

With a blanket ban imposed on all music events, solicitor Joe Rice said live music had not been defined in Northern Ireland’s coronavirus regulations. Acting on behalf of 75 year-old Van Morrison, he highlighted that the rules differ to the rest of the UK. Pre-lockdown, live music had been permitted under the tiering system after suitable risk assessments had been conducted.

Mr Rice said that the Moondance singer will argue the Northern Ireland ban is unsustainable in law, with no scientific or medical evidence, while highlighting the fact that Morrison had performed at the London Palladium in September of last year.

Van Morrison caused a stir last year when he shared three new songs denouncing the lockdowns and received criticism from Northern Ireland Health Minister Robin Swann. The singer alleged that scientists were compiling “crooked facts” to justify the lockdown restrictions, and that they are trying to “enslave” the population.

Stormont’s Executive Office and the Department of Health have been issued a pre-action letter by Rice on January 12th and have 21 days to respond before actual court procedures can begin. The letter is asking ministers to make the medical and scientific basis for the regulation public knowledge.

“Many people in the music and arts world in Northern Ireland have been devastated financially, socially and artistically by this complete ban,” stated Rice. “This differs from the law in England and Wales and the evidence behind such a negative decision in this jurisdiction is far from obvious.

“Sir Van is taking this action on behalf of the thousands of musicians, artists, venues and those involved in the live music industry. He has been supporting many artists throughout this pandemic and is determined to ensure that, as we endeavour to emerge safely from this lockdown, artists and musicians will have a proper opportunity to play their part through live music to restore the cultural, social and economic wellbeing and success of our society.” – PA

Van Morrison’s lawyer, Sarah Symington, told reporters that the letter was “challenging the blanket ban of live music.” Symington also said if the government department does not respond within the 21 day deadline, “we would issue proceedings immediately to the High Court.”