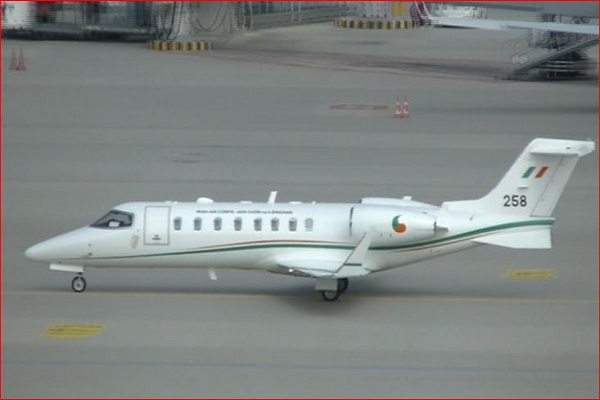 According to Leo Varadkar, the Government jet took to the skies and was flown empty during the last recession in order to keep up flying hours. Leo Varadkar was responding to criticism of President Michael D Higgins for availing of the Lear jet on a trip to Belfast. The Taoiseach said the costs incurred with using the jet are minimal.

The Taoiseach claimed making journeys by land would cost the taxpayer money.

“I know there is an understandable public concern around the cost of using a jet but bear in mind that the jet is owned by the government, the pilots are paid anyway,”

Mr Varadkar explained the issue of flight time for pilots,

“We had a very strange situation during the recession when it was actually being flown around empty because the pilots have to keep up a certain number of flying hours and the added cost is actually very small. And there is obviously security costs associated with travelling by land as well.”

According to Breaking News, President Michael D Higgins’ use of the Government Lear jet to Belfast cost the taxpayer approximately €5,670. The President has received criticism from other presidential candidates over his use of the jet to travel to Belfast. His detractors have branded it as “extravagance” and a “waste of taxpayers’ money”.

The Department of Defence won’t publish details of the President’s use of the jet. This is because of a “long-standing practice” undertaken by the department. However, according to official figures, the trip to Belfast there and back requires up to 90 minutes of flight time.

President Higgins flew to Belfast from Dublin airport on the special Learjet on May 29th to give a speech at Queen’s University. His presidential car was then driven from Dublin up to Belfast to pick him up at the airport there.

At the presidential debate on Virgin Media Television broadcast last Wednesday, President Higgins asserted that his staff had been advised, “that for security reasons [he] couldn’t be picked up at the border” to be escorted to Belfast.

The Government jet costs €3,780 per 60 minutes of time in flight. There was building criticism yesterday from Michael D’s rivals and the matter is likely to be the main point in the final TV debate on RTÉ tonight.

Seán Gallagher argued the use of the jet was tantamount to “extravagance” in the office of the Áras and added that “It is a waste of taxpayers’ money.” Sinn Féin’s Liadh Ní Riada revealed that she had written to President Higgins about the use of the jet. Ms Ní Riada confirmed that she had sent the letter to the President “in relation to a number of very serious questions” raised over last weekend.

Among the concerns which have surfaced in the media was the use by the President of the Government’s aircraft at “huge public expense to fly within the island of Ireland, to places like Belfast and Kerry,” she said.

In response, President Higgins insisted he acted on the advice of his office.