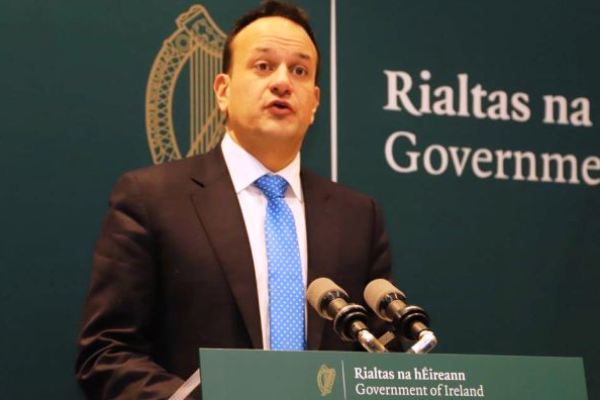 Leo Varadkar has said people’s “mental, physical and spiritual health” are the reasoning behind the government’s decision to keep gyms, golf clubs, tennis clubs and churches open. The Tánaiste made his comments of defending the decision following the Government’s announcement that the country would be entering Level 5 COVID-19 restrictions, with some amendments.

Only individual training is permitted during Level 5, with gym and exercise classes not allowed to take place. Varadkar says people’s safety was in mind when they made the decision.

“We decided to leave those open because we think that particularly this time of year when it’s so dark and outdoor exercising is difficult, for peoples mental, physical, and spiritual health we thought it would be a good idea to allow people to exercise and also attend church for private prayer.”

When the question arose of social distancing in gyms, and its ability to stay sanitary with people “huffing and puffing,” the Tanáiste said ventilation is crucial.

“That is true, that’s a risk and that’s why ventilation is crucial but if it is the case that we start detecting clusters and outbreaks in gyms or golf clubs or tennis courts we will reconsider.”

Regarding the safety of gyms, Varadkar explained how gyms in Ireland have become “very different places,” during the restrictions.

“The changing rooms are closed, the steam rooms are closed, people have designated slots and people generally are a metre or two a part they are not head-to-head, face to face within in a metre of each other the way they would have been.”

When asked why the government decided to spare these and not hairdressers and barber shops, Mr Varadkar said evidence suggests the virus is more likely to spread where people are with each other within less than 2 metres and for 15 minutes or more, like in salons.

“The evidence is absolutely there in Ireland and elsewhere that people who are in close contact with each other in less than 2 metres for more than 15 minutes are at a much higher risk of getting this infection and that is more so the case with this new variant if it is here. This evidence is strong.”

Restaurants and pubs that serve food will close from 3pm on Christmas Eve, while hotels will be closed to non-essential bookings from December 26th. Varadkar also thinks COVID-19 restrictions may continue to be part of our daily lives for between 8 weeks and 6 months.