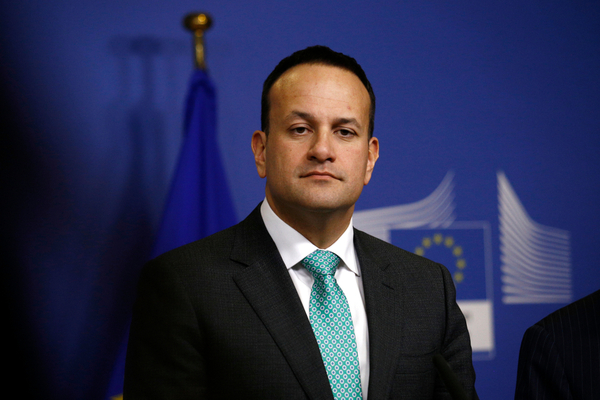 Tánaiste Leo Varadkar is hopeful that Ireland’s economy will return to “something close to normality” by late Summer.

This comes after the Government will publish a National Economic Recovery Plan in the next fortnight. This will outline Ireland’s path out of this pandemic.

“Within the next two weeks we expect to be in a position to publish the National Economic Recovery Plan”, Varadkar said on Ireland’s planned exit from the pandemic.

Varadkar also added, “The Plan will provide certainty for businesses and workers by outlining targeted assistance for sectors which will continue to be most adversely affected by the pandemic”.

“It will outline the next steps for the emergency pandemic interventions. Including the PUP and EWSS, reaffirming the Government’s commitment to avoid a cliff-edge”.

He also said, “At the same time, they cannot continue indefinitely”.

The Plan will build towards a “Better normal” – Varadkar

On this National Economic Recovery Plan, Varadkar said that this will build a “better normal”.

He said that this “better normal” will strive towards a more inclusive society. He also added that this plan will tackle the “twin challenges of digital and green”.

Varadkar also said this plan would help to “drive a jobs rich economy, help people return to work and assist sectors which have been and will continue to be disproportionately affected by the pandemic”.

It is likely that Leo Varadkar will be quizzed from senators and TDs alike about how reopening companies are to deal with employees who refuse to take the Covid vaccine.

The Government are also likely to face questions regarding the use of the controversial antigen tests and ventilation in getting people back to work.

Earlier this week, the Fine Gael leader admitted that he felt “really bad” about the numerous times pubs were told they could reopen during the pandemic.

“I remember the amount of times we told the pubs they were going to open in three weeks”, Varadkar recalled. “Then we kept pulling it away from them and I felt really bad about that”.

He also spoke about international travel. He said that travel between Ireland and the UK will happen first. “But if I was to give an indication as to where I think it will go”, he said.

The online vaccine booking portal opened for people aged between 40 and 49 years of age. They will be initially offered mRNA jabs like Pfizer and Moderna. NIAC also stated that J&J and AstraZeneca jabs can be used for that age bracket.

This will only happen if the mRNA jabs were unavailable.

This comes after Health Minister Stephen Donnelly admitted that it still unclear as to what damage has been caused following the rasnsomware cyber attack on the HSE website last week.

It was also confirmed that some “heavily redacted” documents were published online. Authorities have been trying to verify if the data dump is authentic.