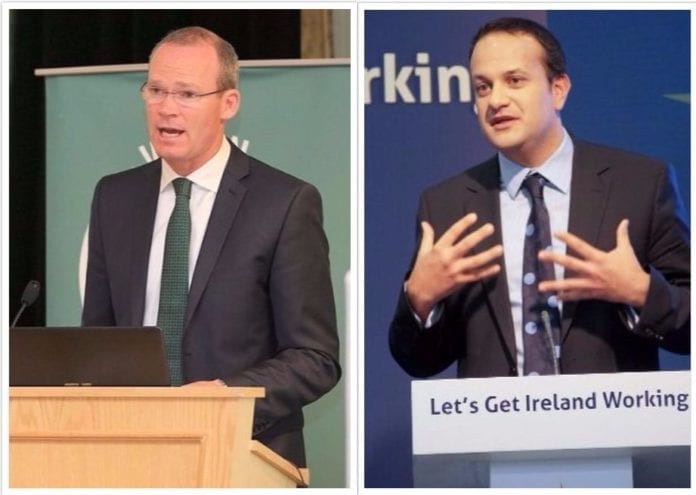 In a battle to rival the Battle of Clontarf, two of Fine Gael’s youngest hot shots are going head to head tonight for the first of four hustings. Varadker and Coveney are battling it out for leadership of the party and the country (the world).

On one side of the ring, we’ve got Leo Varakder. The outspoken Castleknocker, who has previously been a Health Minister and is currently Minister for Social Protection.

On the other side, we’ve got Simon Coveney. The mild mannered, ever so polite, Minister for Housing, previously having been Minister for Agriculture and an MEP.

The first of the debates is being held tonight in the Red Cow Roundabout at 8pm, and while the debates won’t be televised, you can catch them on the Fine Gael Facebook page as they’ll be going live with them there.

The debate is being hosted by than none other than Dragons Den’s Gavin Duffy.  Bringing in that star power guys.

Morning. So looking forward to hosting the hustings. See you tonight at Red Cow Hotel pic.twitter.com/KPk1HnM4WR

Thus far, Varadker has been leading way ahead of Coveney with support.  He has a total of 45 TD’s in support of him, including 17 Ministers. Coveney on the other hand only has 19. Other people eligible to vote for the leadership will be Fine Gael Councillors and members of Fine Gael. However votes count for less the further you go down the totem pole.

Despite the clear lead, Coveney has remained confident that he can turn things around for himself, and grab 6 extra TD votes and hopefully a large majority for the Councillors and the membership.

Tensions are already begining to rise between the boys as they are beginning to hit back at each other’s policies and remarks. After Varadker attracted some heat for his “I represent people who get up early and work” remarks,  Coveney said he stood for inclusion of all members of society.  Speaking on The Pat Kenny Show on Newstalk today, Coveney said: “I’m trying to unite people not divide them, and that kind of language is about separating the public sector from the private sector, separating the achievers from the non achievers.

While the gloves come off, let’s get our popcorn out and enjoy.

Three Men Due In Court Over Armed Robbery In Dublin