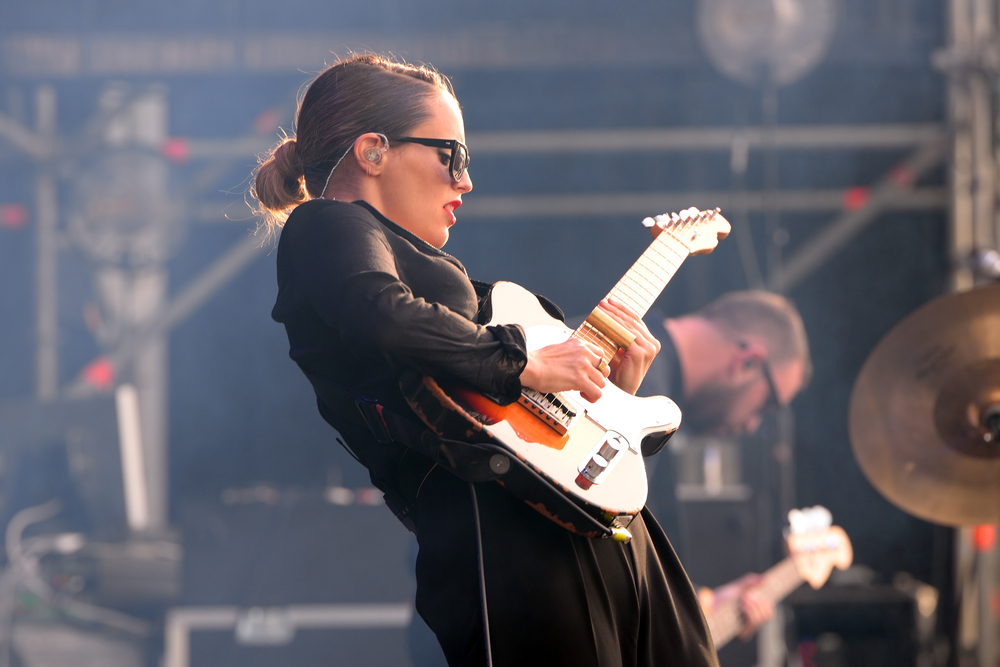 Anna Calvi will play The Empire, Belfast, September 27th and the Tivoli Theatre, Dublin, September 28th. Tickets are on sale Friday, June 8th at 10am.

Calvi will release her third studio album, ‘Hunter’, on August 31st, you can check out the new video for single ‘Don’t Beat The Girl Out Of My Boy‘ below…

Produced by Nick Launay (Nick Cave, Grinderman) at Konk Studios in London, the album was recorded with Anna’s band – Mally Harpaz on various instruments and Alex Thomas on drums – with the addition of Adrian Utley from Portishead on keys and Martyn Casey from The Bad Seeds on bass.

It has a new rawness, a primal energy into which Calvi pushes the limits of her guitar and voice beyond anything she’s recorded before.

Hunter is the embodiment of the feeling of truly letting go. For the songwriter and virtuosic guitarist, it was a catharsis, an opportunity to be more truthful than ever. The first new music since 2014’s collaborative release with David Byrne, Strange Weather EP, her self-titled debut album and the 2013 follow-up One Breath, Hunter is a visceral album exploring sexuality and breaking the laws of gender conformity. A queer and a feminist record, it is galvanising in its hunt for freedom.

As well as today’s announcement, Calvi shares a video for the album’s first single, ‘Don’t Beat The Girl Out Of My Boy‘. A battle cry with a rousing chorus, the song was partly written keeping in mind how young children are when they’re conditioned to follow gender roles, in particular, the “heartbreaking” process through which small boys are taught not to cry or show emotions.

Speaking about the track, Anna said the following: “It’s a song about the defiance of happiness. It’s about being free to identify yourself in whichever way you please, without any restraints from society.”

Black Crowes Explain Why They Left Steve Gorman Out Of Reunion...