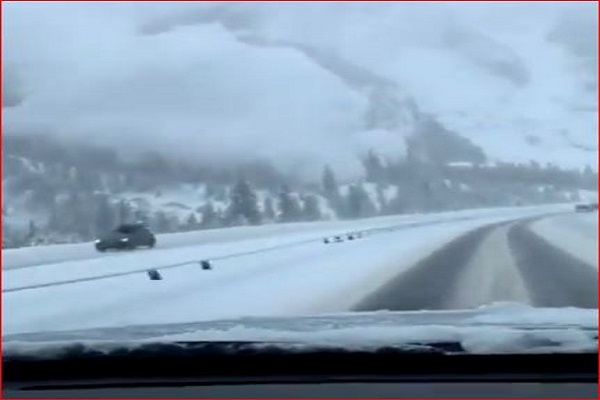 Colorado highway drivers had quite the close shave when an avalanche ripped down the side of a mountain right in front of their eyes.

Caught on camera: @KDVR viewer captured this video of an #avalanche near I-70 today in Ten Mile Canyon between Frisco and Copper Mountain. #CoWX #KDVR pic.twitter.com/eL6uIwB4c3

One video posted by Brandon Ciullo on Facebook allows us to see the aftermath of the avalanche, which brought traffic to a standstill:

According to The Denver Post, Colorado State Patrol Trooper Tim Schaefer said there were no injuries, and no cars buried as a result of the avalanche. He told the newspaper. “It was more than a dusting of snow. There was also tree debris on the road.”

Avalanche on March 3rd in Tenmile Canyon in Summit County, Colorado. The highway was unaffected by the avalanche. Avalanche debris collected in Tenmile Creek which is underneath the avalanche path and away from the highway. pic.twitter.com/44c1E3z8eN

Pre-Teen Kids Being Groomed As Dealers For Drug Gangs