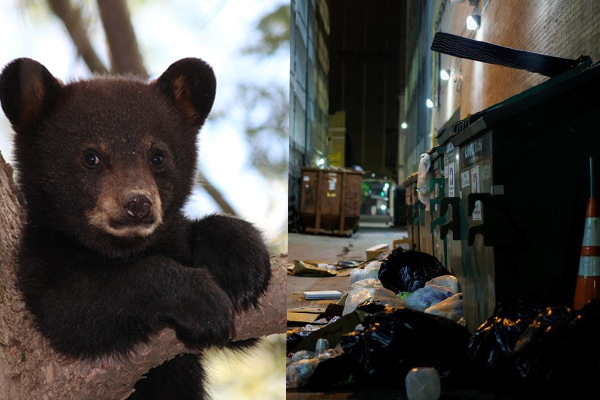 A bear cub that got trapped in a rubbish bin received a dig out when officers put in a ladder to help the little bear escape.

The cub found itself locked in the bin in Kings Beach, California when the top fell shut after it had made its way inside.

Placer County Sheriff’s Office shared video footage which showed two bears, presumably mum and sibling, trying to get into the rubbish bin to help the little bear out

Once the two bears went away from the bin, the deputies moved quickly to help out the cub.

Tuesday morning deputies received a call from a #KingsBeach motel that a #bear cub was trapped in their dumpster. Deputies arrived at the motel & they found the cub’s sibling trying to open the dumpster to rescue their trapped sibling. See what happened next! #LakeTahoe