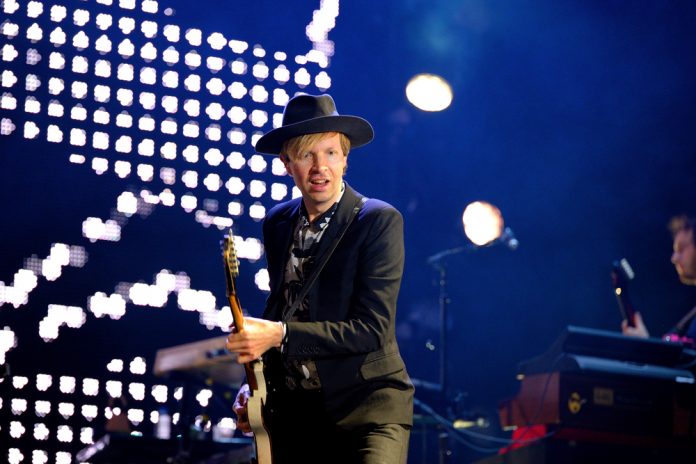 This latest EP was recorded at Prince’s legendary studio complex in Minnesota, and it features new recordings of two Beck songs (“Where It’s At” off Odelay, and “Up All Night” from Colors).

There is also selected bits of Prince tracks featured on “The Paisley Experience” which include sections of “Raspberry Beret,” “When Doves Cry,” “Kiss,” and “1999.”

The video gives an insight into Beck’s relationship with the late icon Prince. “He’s a big influence for me, he’s an inspiration,” says Beck.

“His musicality, but also playfulness, and the way he performed was really something that I connected with.”

The EP will be available through Amazon Music and the video of Beck’s complete sessions at Paisley Park will be made available November 18.

Hyperspace is due out November 22, and will include contributions from the likes of Pharrell Williams, Greg Kurstin, Chris Martin, and Sky Ferreira.

This will be Beck’s 14th full-length studio album. “Saw Lightning” “Hyperlife,” “Uneventful Days,” and “Dark Places” are out now as singles.