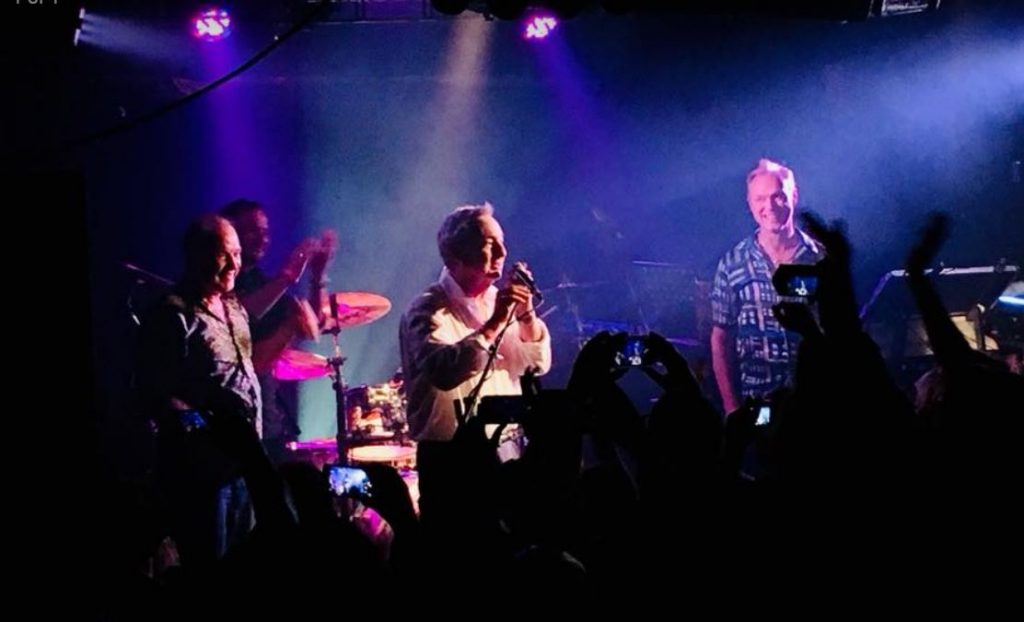 The Pink Floyd supergroup, Saucerful of Secrets formed by Floyd drummer, Nick Mason, played their first show at Dingwalls in London over the weekend. There’s a short video of the band performing a pretty uptempo version of ‘Bike’ below.

The band comprises of Spandau Ballet’s Gary Kemp, Lee Harris of the Blockheads, Guy Pratt – who took over from Roger Waters in Floyd – and Dom Beken, a collaborator of late keyboardist Rick Wight. This concert was was Mason’s first full-scale show since Floyd’s appearance at Live 8 in London in 2005.

Speaking to Uncut, Mason stated that they, ‘We’re not a tribute band. It’s not important to play the songs exactly as they were, but to capture the spirit.” That was in response to questions raised over Kemp’s position as taking on the position of early-era Floyd mastermind Syd Barret. Mason continued, ‘Gary’s not quite taking the place of Syd. It was to do with who had the enthusiasm for it, and Gary did.’

‘I hope different elements will appeal to different people. Something like our version of ‘Bike’ is one of the more difficult things we’ve tackled. And then there are things like ‘Set the Controls for the Heart of the Sun,’ just because it’s one of my favorite things to play.’

And here’s the setlist from the night: