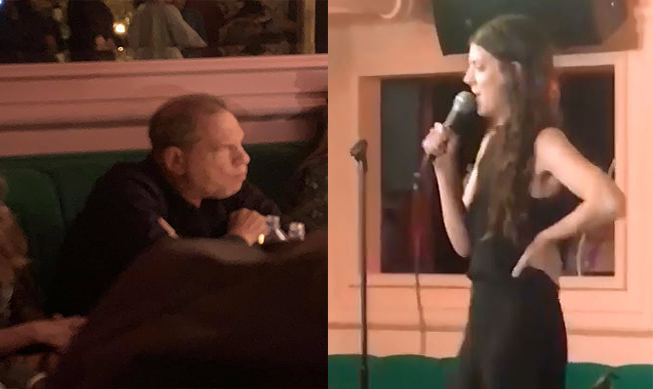 A performer and audience member were kicked out of a bar in New York City. That’s after they confronted Harvey Weinstein in the audience.

According to CNN, she noticed the former Hollywood producer. Ms Bachman used her time onstage to dub Weinstein a “Freddy Krueger” character and call out rape allegations against the producer.

Weinstein is facing criminal charges of predatory sexual assault, criminal sexual act, first-degree rape and third-degree rape, to which he has pleaded not guilty.

He maintains that all sexual encounters he’s been involved in have been consensual. The trial is expected to commence in January.