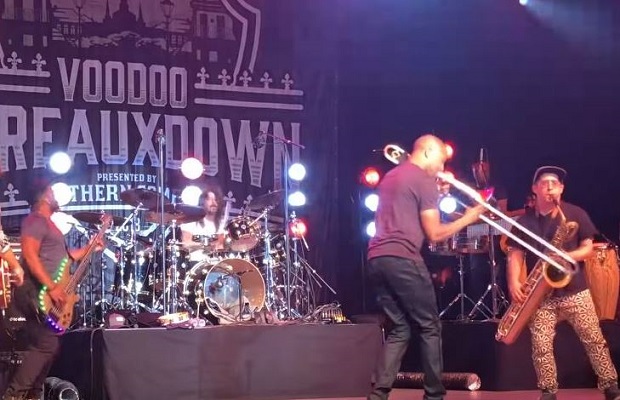 This rendition of ‘In Bloom’ marks only the second time Dave Grohl played the song since Kurt Cobain’s death. You can catch fan-captured footage below.

It’s rare when the Foo’s frontman plays Nirvana songs. The band’s induction into the Rock and Roll Hall of Fame in 2014 signalled the first time Grohl had done so since Kurt Cobain’s passing 20 years earlier.

Earlier in September, Grohl and Pat Smear reunited with their Nirvana bandmate Krist Novoselic to play a rendition of The Vaselines’ “Molly’s Lips” during a Foo Fighters concert in Seattle. Novoselic’s new band, Giants In The Trees, kicked off proceedings before  Foo Fighters went on to perform the Vaselines’ cover with assistance from Novoselic. You can read more about that story here.