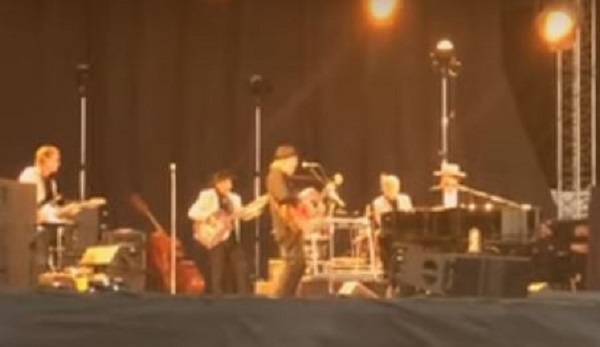 Bob Dylan and Neil Young concluded their co-headlining show in Kilkenny yesterday as the two music icons delivered a rendition of the hymn ‘Will The Circle Be Unbroken’.

This is not the first time Dylan and Young have performed onstage together. They dueted at New York’s Roseland Ballroom in 1994.

The two legends also first performed ‘Will The Circle Be Unbroken’ together in 1975 at Kezar Stadium in San Francisco.  Check out fan-shot footage of last night’s performance below:

According to the NME, Dylan laid down a version of the hymn with The Band in 1967. That rendition was released in 2014 on ‘The Bootleg Series Vol. 11: The Basement Tapes Complete’.

Weezer ‘Back To The Shack’