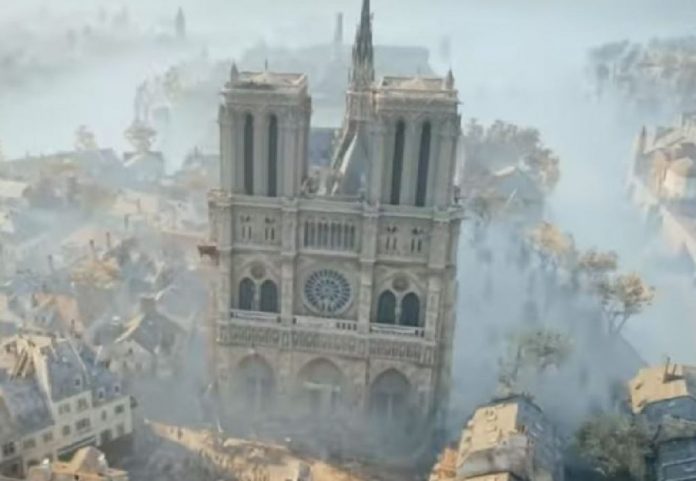 The NME reports that the popular computer game, Assassin’s Creed could be invaluable when it comes to reconstructing the famous Landmark.

The revered Cathedral that was constructed in 1163 was nearly completely destroyed by fire in the French capital this week.

The official cause is yet to be revealed and at the time of writing over 800 million euro has been raised for its restoration. The company behind the game, Ubisoft have pledged €500,000 towards the fund.

According to the NME’s Nick Reilly, Assassin’s Creed Unity might prove integral for the reconstruction. The game, which was released in 2014, has a 3D model of Notre Dame contained in its programme.

The action-adventure received accolades for its near perfect attention to detail in its portrayal of Paris in the 1800s.

As the NME reports via The Verge, the computer designers were tasked with the virtual reconstruction for more than two years and ensured that it was fairly thorough in the plans of the building.

According to the BBC, the company admitted that although the in-game representation of the building was elaborate, it was not fully accurate.

It’s reported that the French publisher, still owns the 3D models and photos that were originally used in Notre Dame’s depiction and could be utilised to help the building revamp.

Speaking to the BBC the company said:

“we would be more than happy to lend our expertise in any way that we can, to help with these efforts.”

Santa Claus Is Coming – To The Square Tallaght!