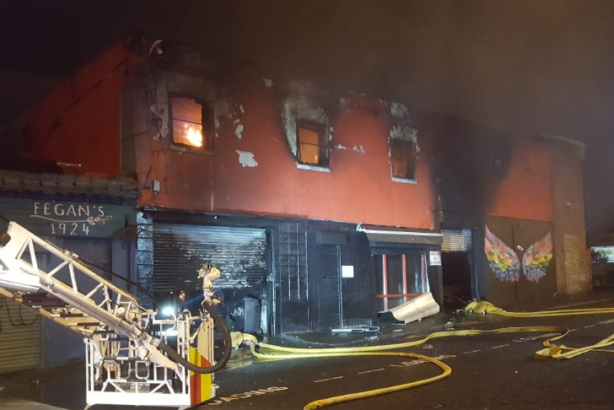 Gardaí are investigating after an early morning fire at a premises located in Dublin city. The blaze broke out at roughly 2.30am on Saturday morning on St Michan’s Street in Smithfield.

Seven fire engines were at the scene in total. It is understood tyres and rickshaws were housed in the building. Both the Gardaí and the Dublin Fire Brigade were in attendance at the scene.

Other units, as well as the seven fire engines, attended the scene. The fire broke out off Chancery St Dublin 1. Dublin Fire Brigade warned people on Twitter to stay safe, “Large volumes of smoke in the area, as a precaution close all windows if you’re nearby. Tyres & rickshaws are believed to be involved #Dublin #fire.”

No injuries have been reported. While it is not claimed to be suspicious, Gardaí say they are investigating the incident.