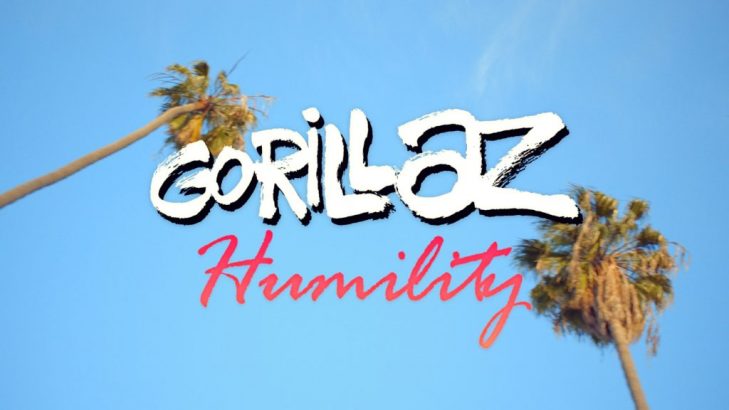 The band returned last year with ‘Humanz‘, their first album in six years. The group are moving fast  following up that record with more new tracks. ‘Humility’ was debuted on 31st May, and features jazz and soul legend George Benson. Watch the video for it below.

Gorillaz have also shared a second track in ‘Lake Zurich’, as well as confirming the tracklist for ‘The Now Now’ available below.

Speaking to the BBC’s  Zane Lowe, Albarn said ‘The Now Now’ came about so swiftly after ‘Humanz’ so he had ‘something nice to play everyone” over the summer. ‘I sing on it, it’s pretty much just me singing. It’s very in the world of 2D, but he’s come out and he’s singing very expressively. I feel good about it. I feel really, really good about it.’

And Gorillaz’ own acclaimed Demon Dayz Festival – the “joyful apocalypse… and carnivalesque festival of great performances” (The Guardian)” curated by Damon Albarn and Jamie Hewlett – will make its exclusive appearance for this year at the Pico Rivera Arena in Los Angeles on 20th October, with additional dates for North America also confirmed today. (See complete tour itinerary below).

The tracklist is as follows: