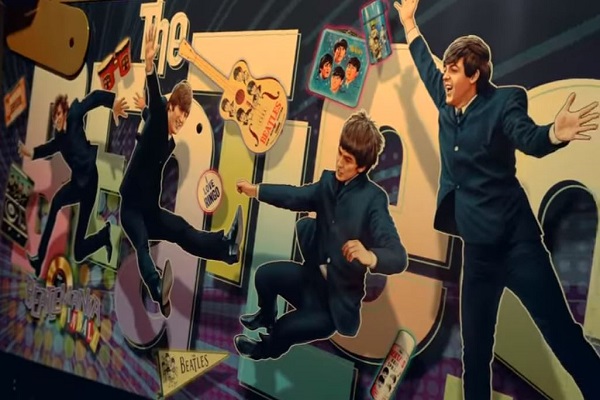 At a Beatles-styled cafe in Liverpool, visitors will soon be able to play the world’s first and only official pinball machine inspired by the band. Story’s Fab4 cafe is set to host the world’s first game of its kind.

The Beatles in association with Stern Pinball have teamed up to create a series of US-made, limited-edition pinball machines. With game set to be unveiled at The Beatles themed Cafe.

According to The Guide Liverpool, only 1,964 of the games will be released aas a nod 1964: the year when Beatlemania get well and truly underway.

The game also features famous introductions by Ed Sullivan, who helped launched the band into  America in 1964. Phil Palmer, Director of Pinball Heaven Ltd, said via the NME: “Pinball Heaven is delighted to have installed the new Beatles Pinball Machine at the most perfect of locations, The Beatles Story in Liverpool.”

“Receiving positive feedback from Pinball fans all over the world, the new Beatles Pinball Machine is bound to prove extremely popular at the world’s largest permanent Beatles exhibition. Definitely not to be missed!”

Fans can purchase their own limited-edition machine from the attraction’s Fab4 Store for £11,995.