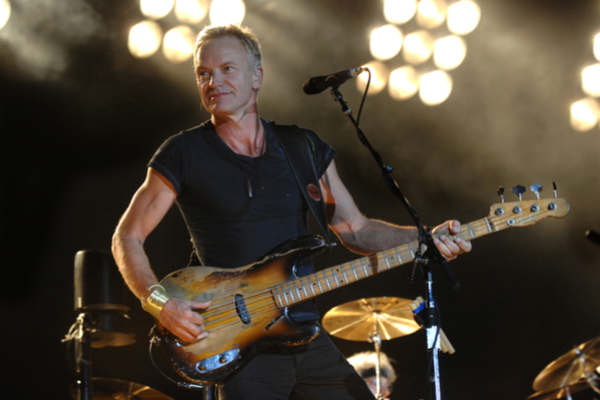 Sting has announced that a new record is in the works comprising of re-recorded takes of some of his previous hits.

Even though a track listing hasn’t been shared just yet, the former Police frontman gave a sneak preview of what to expect when he played a fresh interpretation of “Brand New Day” for Fox’s New Year’s Eve broadcast.

Sting made a formal announcement on his website saying, “Later this summer, Sting plans to release a new album featuring ‘re-imagined’ versions of some of his best-known songs.”

This updated re-working version of the tune is now available for streaming and download. His New Year’s Eve performance is also available below.

According to UCR, this is not exactly new territory for Sting. The singer has re-worked his music in the past. In 1986, the Police remade two tunes from their 1980 album Zenyatta Mondatta, “De Do Do Do, De Da Da Da.” and “Don’t Stand So Close to Me”. As well as those to reimagined offerings “Don’t Stand So Close to Me ’86” was dropped on the same year’s Every Breath You Take: The Singles compilation.

The new record is set to surface at the same time Sting’s My Songs tour, which kicks off in Europe on June 1.