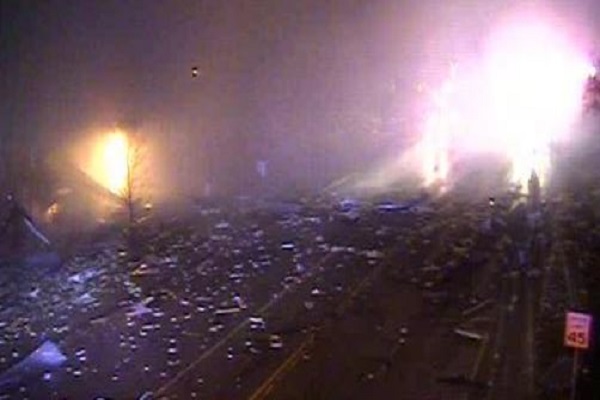 Two people have died after a large explosion at a silicone plant north of Chicago.

It happened in the city Waukegan and local newspapers have likened the remains of the plant to something from “an apocalyptic movie.”

Two people are still missing as crews search the wreckage.

Multiple streets closed in Waukegan and Gurnee due to fire department activity after an explosion near the intersection of Sunset Blvd and Green Bay Rd. Avoid the area.#ChicagoTraffic @WBBMNewsradio pic.twitter.com/LZihDnePMC

Lenzi told reporters, “We have fire and structural damage indicative of an explosion. There is very heavy damage.”

An outdoor camera caught the moment an explosion went off at a Waukegan silicone plant Friday night pic.twitter.com/YRAVc4uR7H

Lake County Coroner Howard Cooper says there are now two people confirmed dead from the chemical plant explosion in Waukegan. One was pulled from the building this morning and brought to coroner’s office, another died at a hospital in Cook County. pic.twitter.com/O3FbvOwZFE