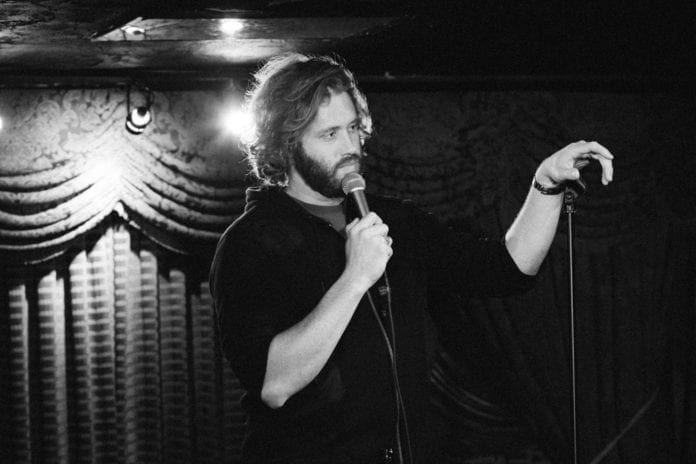 Vodafone Ireland and Aiken Productions today unveiled the line-up of the Vodafone Comedy Festival 2017. Over one hundred acts from Ireland and around the world are set to take the stage at Dublin’s secret gem of a venue, the Iveagh Gardens this July.

The festival takes place in 5 fully seated indoor venues over 4 days from July 27th – 30th and tickets are on sale this Friday 16th June @ 9am.

As always, the line-up is a mixture of big-name heavy hitters like Dara O’Briain and Tommy Tiernan, Adam Hills and the new wave of rising stars and future headliners such as the hilarious Alison Spittle, Chris Redd and James Veitch.

There is a big focus on the American connection this year, with 24 U.S acts flying over for the weekend. This is nothing too unusual; the Vodafone Comedy Festival has had a strong connection with the US comedy scene bringing over essential names such as Louis C.K., Reggie Watts, Maria Bamford and Bill Burr over our first 10 years.

T.J Miller makes his Dublin debut, not only with his solo stand-up set but also bringing his acclaimed sketch troupe Heavyweight. You will know him for his hilarious role as Erlich Bachman in HBO’s Silicon Valley, as well as box office hit Deadpool. New York comedy legend, Colin Quinn will also be gracing the stage at the Iveagh Gardens. He’s a, a veteran of the famous Comedy Cellar club alongside Jerry Seinfeld and Chris Rock and in more recent years a star of HBO’s ground-breaking show, Girls.

From elsewhere around the world, the festival will see visits from acclaimed Australian stand-up and The Last Leg presenter Adam Hills, South-African star Loyiso Gola, the eagerly-awaited return of the brilliant Stephen K. Amos and the genius that is poet, stand-up and one-time Alan Partridge side-kick, Tim Key.

If you can’t make it that weekend, fear not. The festival is teaming up with Headstuff to present five Podcasts including The Alison Spittle Chatshow, The Reviewables, Jarlath Regan’s An Irishman Abroad and two live podcasts with Deborah Francis-White’s acclaimed The Guilty Feminist!

Festival Director, Bren Berry, Aiken Promotions said: “… I have never been so excited to welcome such a host of brilliant comedians from all around the globe.”

Tickets for the festival are on sale this Friday 16th June @ 9am with 20,000 people expected to attend over the duration of the festival. Tickets are sold on a show-by-show basis and the festival is a strictly over 18s event.

Supersize Me Star & Director Morgan Spurlock Has Admitted A History...