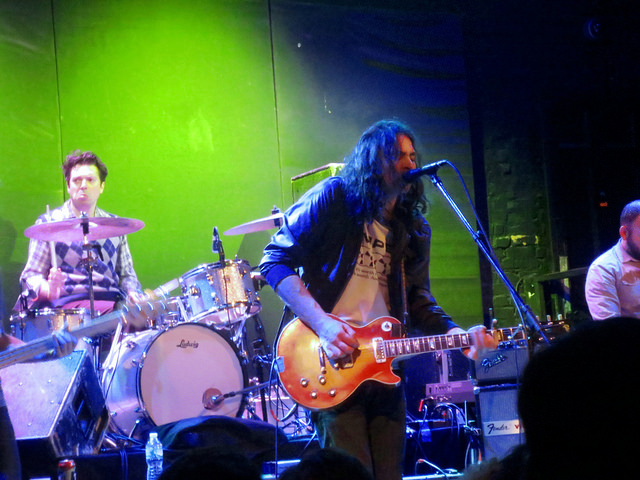 The War on Drugs unveil a new music video for their track titled Under The Pressure, taken from their album Lost in the Dream.

The American indie band, put out their third studio LP Lost in the Dream, in March 2014 and this is the second single released from the record.

The video is set in a gloomy house, with each of the four band members separated, playing their instruments alone in different rooms.

It is filmed by British director Houmam Abdallah, who has previously shot videos for the Canadian singer-songwriter Jesse Merchant and indie folk band Beirut.

The music video is interspersed with shots that look like abstract paintings. Orange, red and yellow clips of landscapes are dotted throughout Under The Pressure. The video also clocks in at just under nine minutes, so it is more like a short film.

It’s a very somber track, with a melancholy feel throughout. The lyrics on Lost in the Dream deal with the feelings of loneliness and depression and this is definitely reflected in the style of the video.

Watch it here below.

The War On Drugs are currently on tour in North America till mid-October.

Listen: Oasis release ‘Don’t Go Away’ from the Mustique demos