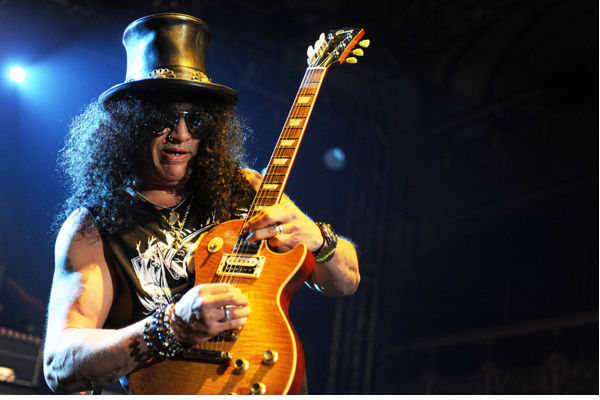 Joe Porter is a man who many people may be familiar with, for his unique interpretations of modern day hits on percussion instruments.

The award winning Canadian musician has also performed around the globe, and has also written several books about his “six mallet” technique with instruments. See his YouTube channel for more here.

However, his latest clip takes on guitar riffs from some of the biggest household bands in a very unique fashion.

Such bands include Guns N’Roses, AC/DC and Metallica. This piece from Porter sees him play hits from these bands, using very unusual instruments. Non other, than kitchen utensils!

What is even more amazing, is that this performance using these instruments, has all been performed live. This all done using one take, six songs using six different instruments. Check it out for yourselves below.

This performance even sees Porter use instruments such as a steel pan for Guns N’Roses ‘Sweet Child O’Mine’, and also a slap-o-phone for AC/DC’s ‘Thunderstruck’. He also uses a vibraphone for Red Hot Chili Peppers’ ‘Californication’.

Speaking of Metallica, the band were playing their instruments for real at a concert in Brazil last week, when it emerged that a member of the audience gave birth to her baby son.

The woman in quesion Joice M Figueiró also joked that she would even name her child after Metallica’s Lars Ulrich.

“I joked that his name would be James Ulrich” — a mash-up of Hetfield and drummer Lars Ulrich. “But really, since this name question has brought up great appeal and we haven’t registered him, we’re thinking of maybe adding a [middle] name and putting some homage in there”, she said.

A few days later, she also revealed that she received a shock phone call from the band’s fontman James Heitfield. Find out more here.

Liam Gallagher Is Backing Mayo For All Ireland Glory!