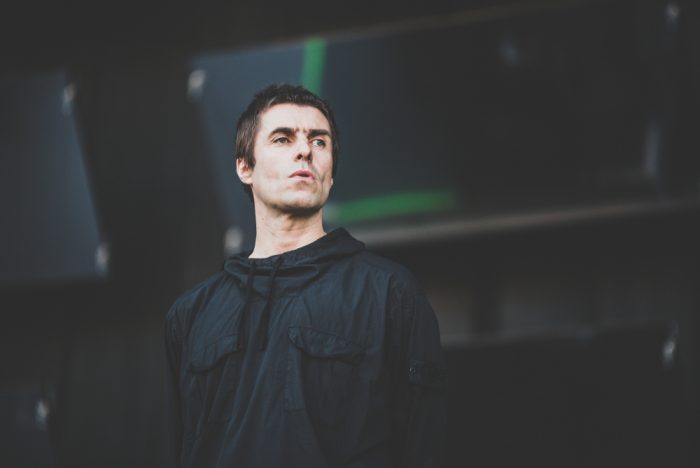 Original Oasis member, Bonehead, joined Liam Gallagher as part of his support slot to Rolling Stones in London on May 22nd. That was at the Olympic Stadium in London. Fan footage of the reunion is available below…

The Oasis rhythm guitarist had joined the younger Gallagher brother for shows in the past that also included a performance at Manchester Arena last December. Gallagher also dedicated ‘Live Forever‘ to the people of the city during the show.

Tuesday, May 22nd was one year since the terrorist attack at the Manchester Arena happened. The bombing killed twenty-two people, and injured 800. The former Oasis singer is the first support act to open for the band on their eight UK shows, with The Vaccines and Florence & The Machine just some of the bands set to support later this month.

Meanwhile, Liam Gallagher has said that he wants the MMA fighter Conor McGregor to star in his next music video. In a tweet, the former Oasis singer praised McGregor’s film Notorious which details the boxer’s early life and rise to multiple UFC winner.

Gallagher said on social media: ‘I’ve just watched your film Conor McGregor biblical I want you to be in my new music video as you were LG x.’