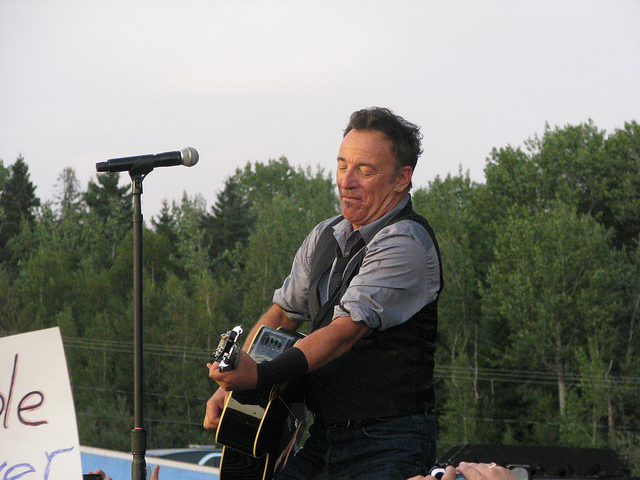 Bruce Springsteen has read an excerpt from his up-coming autobiography, in which he describes writing songs in the sixties and seventies, and taking influence from Chuck Berry, the Beach Boys, Hank Williams and “every lost highwayman going back to the invention of the wheel.”

“To make these images matter, I’d have to shape them into something fresh, something that transcended nostalgia, sentiment and familiarity,” The musician says when discussing his songwriting in the sixties and seventies.

Springsteen goes on to discuss an era which was influenced by the Vietnam War, economic injustice and racism, saying “These were issues that had previously been relegated to the margins of American life,” adding, “Dread, the sense that things might not work out, that the moral high ground had been swept out from underneath us, that the dream of ourselves had somehow been tainted and the future would forever be uninsured was in the air. This was the new lay of the land, and if I was going to put my characters out on that highway, I was going to have to put all these things in the car with them.”

Podcast: The Receipts Play Live In The Locals Only Studio